Use of patella allograft for anterior cervical diskectomy and fusion

STUDY DESIGN: Retrospective cohort. OBJECTIVE: The purpose of this study is to determine the fusion rates of a consecutive series of anterior cervical decompressions and fusions with allograft patella using both static and dynamic plates. SUMMARY OF BACKGROUND DATA: Anterior cervical diskectomy and fusion (ACDF) has been shown to improve symptoms of radiculopathy and myelopathy. The gold standard for obtaining fusion is using autogenous iliac crest bone graft (ICBG). The complication rate of using ICBG can be as high as 20%. To minimize this morbidity, various forms of allograft are presently used. We have used patellar allograft that we hypothesize exhibits a good combination of strength and sufficient porosity to facilitate fusion. METHODS: A consecutive series of 179 levels in 136 patients who underwent single and multilevel ACDF with allograft patella were retrospectively investigated. Final follow-up lateral cervical spine radiographs were evaluated for evidence of bony fusion. Fusions were graded independently by 2 of the investigators according to an interbody fusion classification proposed by Bridwell and colleagues, Spine, 1995. Fusion rates were compared with historical controls for single-level ACDF with autogenous ICBG and plating. Multivariate analysis was used to evaluate plate type, smoking, revision rate, and Odom’s criteria compared with fusion. RESULTS: Ninety-one consecutive single and 81 multilevel anterior cervical decompression and fusions with allograft patella were reviewed. Demographics were similar (average age 47.75 y). Average follow-up was 19.3 months. Fusion rates were 86% (159/179). Our revision rate was 8%. Eighty-one percent (85/98) union rate was noted in the single-level group, and 85% (69/81 levels) or 74% (28/38 patients) in the multilevel group. CONCLUSIONS: Fusion rates were 86%. Plate design (static vs. dynamic) did not seem to affect fusion rates or clinical outcomes. There was a higher nonunion rate at the most inferior level of the multilevel fusions. Nonunions in the dynamic group were more commonly revised and had more kyphosis at final follow-up 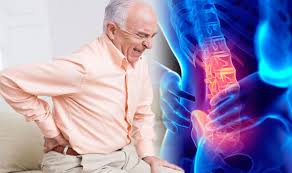