A new surgery for cervical disc disease in the neck may restore range of motion and reduce repeat surgeries in some younger patients, according to a team of neurosurgeons from the University of California, San Francisco (UCSF) and several other medical centers that analyzed three large, randomized clinical trials comparing two different surgeries.

More than 200,000 Americans undergo surgery every year to alleviate pain and muscle weakness from the debilitating condition caused by herniated discs in the neck. For some, the team found, arthroplasty may work better.

The results do not suggest that the older surgery is ineffective or unsafe, but that arthroplasty is a viable option for some.

“For people younger than 50 who have cervical disc disease, arthroplasty is a good option,” said Praveen Mummaneni, MD, of the Department of Neurosurgery at UCSF.

Mumaneni and his colleagues are presenting their analysis today at the 79th Annual Scientific Meeting of the American Association of Neurological Surgeons in Denver.

Why Fewer Is Better

Neck surgery is not cheap and requires a patient to be placed under general anesthesia and a surgical team to perform the operation in a sterile room. They are typically reserved for patients who have failed to respond to other measures such as physical therapy or drugs, such as steroids.

For decades, the standard of care in this country was a procedure called anterior cervical discectomy and fusion. In this surgery, a surgeon cuts through the front of the neck, accessing the spine and removing the herniated disc, then replacing it with a piece of bone and a plate in the neck. That creates a solid union – or fusion – between two or more vertebrae to strengthen the spine.

Arthroplasty also begins with a surgery to remove the herniated disc. But instead of fusing the spine, the surgeon replaces the missing disc with an artificial one made of steel, plastic or titanium. The idea is that the artificial disc will provide more spine mobility after surgery and less stress on adjacent discs.

While arthroplasty has become more widely used in the United States since the U.S. Food & Drug Administration approved several models of artificial discs in the last few years, it is still performed less often than in Europe, where the procedure has been available for more than a decade.

Here in the United States, the older, surgical fusion technique remains more common – in part because not all insurance companies pay for the newer procedure, as is the case in California.

Both techniques have occasional failures. In the fusion surgery, the bone may not heal, requiring further fusion surgery months or years later. In the arthroplasty surgery, the artificial disk may loosen or not fit well and may need to be replaced.

The new analysis looked at three randomized clinical trials that enrolled 1,213 patients with cervical disc disease at medical centers across the United States – including UCSF.

In the trials, 621 patients received an artificial cervical disc and 592 patients were treated with spinal fusion. The analysis looked at outcomes two years after surgery.

The results were surprising, Mummaneni said: “While the two-year surgical results for both techniques were excellent, the rate of repeat surgery is lower for arthroplasty than for fusion at the two-year timepoint.”

This document is subject to copyright. Apart from any fair dealing for the purpose of private study or research, no
part may be reproduced without the written permission. The content is provided for information purposes only. 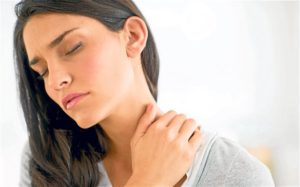