INTRODUCTION: Despite the advantages of modern instrumentation techniques, the treatment of severe rigid idiopathic scoliosis could be very demanding. Traction can provide better, safer correction and minimize complications related to forceful intra-operative maneuvers; however, several side effects are associated with prolonged periods of traction. The aim of this work is to review the clinical and radiographic results of limited perioperative halo-gravity traction in severe rigid curves analyzing its efficacy, advantages and possible complications and comparing it to classic two staged corrections performed without traction. METHODS: A retrospective case control study including 47 adolescents with severe rigid idiopathic scoliosis divided into two groups; a consecutive series of 21 patients who had a three-staged correction by an anterior release, 2 weeks of halo-gravity traction then posterior instrumentation (TRN group); compared to an earlier series of 26 consecutive patients treated without traction (SAP group). The average age was 18 years + 1 month and 16 years + 2 months, respectively. The average preoperative dorsal and lumbar curves for (TRN) group were 106.5 degrees and 87 degrees , respectively, and for (SAP) group were 102 degrees and 81 degrees , respectively. RESULTS: Patients were followed up for an average of 6 years (range 3-8 years). A significantly better correction was achieved in (TRN) group (average 59%) compared to (SAP) group (average 47%). At final follow-up, the loss of correction had an average of 8 degrees for (TRN) group and 11 degrees for (SAP) group. A shorter hospital stay was found in (SAP) group; a shorter operative time was found in (TRN) group and there was no significant difference in blood loss, early or delayed complications. CONCLUSIONS: Limited halo-gravity traction is an efficient, safe modality in the treatment of severe rigid adolescent scoliosis. The application of gradual traction over a limited period of 2 weeks led to better correction, shorter operative time with no significant complications 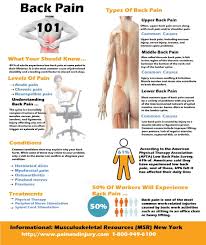