The use of platelet gel in postero-lateral fusion: preliminary results in a series of 14 cases

Over the last few years, some hemocomponents have been used advantageously in clinical neurosurgical practice, not systemically via transfusion but topically as a sealant (fibrin glue). This has diverted the attention of many authors to the role of platelets in the healing process. The combination of hyper-concentrated platelets and fibrin glue (fibrinogen, XIII factor, fibronectin) with activated thrombin produces a platelet gel that can be easily applied to ‘difficult’ wounds. This topical use of hemocomponents has gained an important role in regenerative medicine. The authors have considered the possibility of using a preparation with a high autologous platelet concentration applied in addition to autologous bone during vertebral postero-lateral fusion. The aim of the procedure is to induce a higher rate of vertebral fusion. Between November 2007 and November 2008, 14 patients (9 men and 5 women, mean age 58.9) underwent laminectomy, vertebral stabilization and postero-lateral fusion. The number of vertebral levels involved in stabilization was: 1 in 2 patients, 2 in 5 patients, 3 in 5 patients, 4 in 1 patient and 5 in 1 patient. Platelet gel was obtained by taking 16 ml of peripheral venous blood from the patient. For this procedure two patented test tubes were used for each patient, with a capacity of 8 m each. These make up the REGEN-THT((R)) (Thrombocyte Harvesting Tube) system that makes it possible to obtain 8 ml of autologous platelet gel in 40-45 min. The addition of Ca gluconate and ethanol at 95% makes it possible to obtain a preparation of plasma rich in platelets and activated thrombin with a platelet concentration five times superior to the haematic one. The platelet gel is combined with fragments of autologous bone and synthetic bone during surgical operation. To allow a comparative assessment of the degree of fusion achieved with and without application of the platelet preparation in each patient, it was arbitrarily decided to use it in only one half of the operative field. All patients underwent serial CT scans 3 and 6 months after surgery as well as plain X-rays to evaluate bone fusion. The reconstructed CT images, especially in sagittal and axial planes, permitted an evaluation of the degree of vertebral fusion and ‘bone growth’. The fusion rate was calculated measuring the increment of bone density on CT images, by means of an evaluation of the ROI (HU) in the newly formed bone, and comparing bone density within the bone callus formed by autologous and synthetic bone alone in the one to which the platelet preparation had been added. A good rate of fusion was observed in all patients. Furthermore, a comparative analysis of ROI at 3 and 6 months after surgery demonstrated a high increase in the fusion rate during the first 3 months after surgery. After 6 months the differences in ROI between the two sides had balanced out. However, at 6-month follow-up examination, bone density in the half of the surgical field in which platelet gel had been added to autologous-heterologous bone was higher in comparison to the contralateral one. Bony neoformation after posterior-lateral arthrodesis is well-evident 3 months after surgery and usually continues gradually for the following 18-24 months. The autologous platelet preparation used seems to accelerate bony deposition and to promote tissue healing, increasing bone density at the level of posterior-lateral arthrodesis. Moreover, this preparation has low production costs and is easy to apply 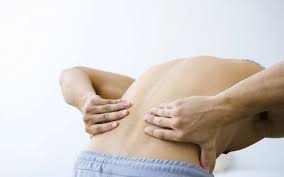