The generation of action potentials in nociceptive neurons is accomplished by the tetrodotoxin-resistant (TTXr) Na+ channel Na(v)1.8. Following nerve injury, a redistribution of Na(v)1.8 from dorsal root ganglion (DRG) neurons into peripheral axons contributes to hyperexcitability and possibly to neuropathic pain. Na(v)1.8 has been reported to display a lower sensitivity to block by Na+ channel blockers as compared to TTX-sensitive (TTXs) Na(v) subunits. Furthermore, the antinociceptive efficacy of lidocaine is increased in Na(v)1.8-knockout mice. Here, we asked if Na(v)1.8 expression can reduce the susceptibility of sensory neurons to block by lidocaine. Employing wild-type and Na(v)1.8-knockout mice, we examined C-fibers in the skin-nerve preparation and Na+ currents in DRG neurons by patch-clamp recordings. Deletion of Na(v)1.8 resulted in an enhanced tonic block of Na+ currents in DRG neurons held at -80 mV but not at -140 mV. Accordingly, lower concentrations of lidocaine were required for a conduction block of C-fibers from Na(v)1.8-knockout as compared to wild-type mice. The efficacy of lidocaine on neurons lacking Na(v)1.8 was further increased by cold temperatures, due to a synergistic hyperpolarizing shift of the slow inactivation of TTXs Na+ channels by lidocaine and cooling. Finally, the approximately 90% reduction of TTXr Na+ currents in injured neurons from mice with a peripheral nerve injury was accompanied with an enhanced tonic block by lidocaine. In conclusion, our data demonstrate that the expression of Na(v)1.8 in sensory neurons can confine the antinociceptive efficacy of lidocaine and other Na+ channel blockers employed for pain treatment 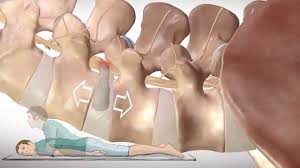