We aim to describe the minimally invasive transforaminal lumbar interbody fusion (MI-TLIF) technique. The MI-TLIF procedure was developed to achieve the same goal of neural decompression and interbody arthrodesis as the traditional, open TLIF techniques. MI-TLIF has been utilized in the treatment of an array of lumbar pathologies, while offering the advantages of reducing soft tissue trauma, decreasing postoperative pain, and reducing the rate of complication when compared to the open techniques. The surgical technique of MI-TLIF is described in a step-by-step fassion. A technical review of this novel minimally invasive procedure was performed. Additionally, data collected through our experience with this procedure is reported. Data was collected retrospectively from patients between January 2008 and December 2009 who underwent MI-TLIF. The mean preoperative VAS score was 6.12+/-2.02 compared to 2.11+/-2.69 postoperatively. The mean ODI score dropped from 38.29+/-13.19 preoperatively to 16.00 +/-16.598 postoperatively. Eighty-four patients who underwent MI-TLIF between October 2007 and December 2010 were divided based on age (over or under 65 years) and intraoperative estimated blood loss (EBL) was compared. The mean EBL for the young age group was 93.37+/-102.16 mL compared to 100 +/-61.24 mL for the older group. Operation times for the MI-TLIF procedure has decreased from 3-4 hours to approximately 2 hours throughout our experience with this technique. The MI-TLIF technique is a safe and effective procedure offering the advantages of less tissue damage, less blood loss, and reduced postoperative hospitalization over the open techniques 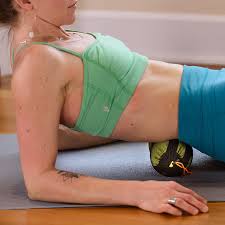