We retrospectively studied the cases with tuberculous spondylitis of thoracolumbar region with two or more levels of involvement that underwent posterior instrumentation and fusion and anterior fusion with titanium mesh following anterior decompression using simultaneous successive posterior-anterior-posterior surgery. Among all patients with tuberculous spondylitis accompanied by medium or severe kyphosis, 20 patients who underwent simultaneous successive decompression, fusion and instrumentation with posterior-anterior-posterior surgery between 1999 and 2004 were included in the study. Patients were evaluated for fusion formation and neurological and functional status. Kyphosis angles were measured at early and long-term follow-up. Antituberculosis chemotherapy was initiated in all patients and continued for 9 months; initially as quadruple therapy for 3 months, and then as triple therapy. Average follow-up period was 52.7 months (range 37-94). Solid fusion was achieved in all patients. All patients returned to their previous occupation; 75% (15 subjects) with mild pain or no pain and 15% (3 subjects) with major limitations. There were 11 patients with neurological deficit, 9 of these achieved complete neurological recoveries. Regarding kyphosis angle, an average 35.1 degrees correction (84.8%) was obtained in postoperative period (p < 0.001) and there was no significant correction loss during the follow-up period (p < 0.05). There were no grafts or instrumentation-related stabilization problems. In subjects with tuberculous spondylitis with involvements at two or more levels accompanied by medium and severe kyphosis, decompression, fusion and instrumentation by simultaneous successive posterior-anterior-posterior surgery is an effective and safe management method for effective kyphosis correction with high fusion rates Keywords : Adolescent,Adult,Aged,Child,complications,Decompression,Surgical,Female,Humans,instrumentation,Kyphosis,Lumbar Vertebrae,Male,methods,Middle Aged,Pain,Patients,Postoperative Period,Retrospective Studies,Spinal Fusion,Spondylitis,surgery,therapy,Thoracic Vertebrae,Titanium,Treatment Outcome,Tuberculosis,Tuberculosis,Spinal,Turkey,, Simultaneous,Posterioranteriorposterior,Surgery, ankylosing spondylitis and nerve pain 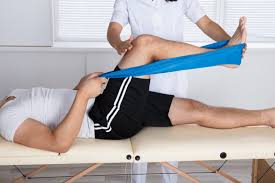