BACKGROUND CONTEXT: Although clinical outcomes after lumbar disc herniations (LDHs) in the general population have been well studied, those in elite professional athletes have not. Because these athletes have different measures of success, studies on long-term outcomes in this patient population are necessary. PURPOSE: This study seeks to define the outcomes after an LDH in a large cohort of professional athletes of American football, baseball, hockey, and basketball. STUDY DESIGN/SETTING: Retrospective cohort study. PATIENT SAMPLE: A total of 342 professional athletes from four major North American sports from 1972 to 2008 diagnosed with an LDH were identified via a previously published protocol. Two hundred twenty-six players underwent lumbar discectomy, and 116 athletes were treated nonoperatively. Only those players who had at least 2 years of follow-up were included. OUTCOME MEASURES: Functional outcome measures as defined by successful return-to-play (RTP), career games, and years played for each player cohort were recorded both before and after treatment. Conversion factors based on games/regular season and expected career length (based on individual sport) were used to standardize the outcomes across each sport. METHODS: Using Statistical Analysis Software v. 9.1, outcome measures were compared in each cohort both before and after treatment using linear and mixed regression analyses and Cox proportional hazards models. A Kaplan-Meier survivorship curve was calculated for career length after injury. Statistical significance was defined as p<.05. RESULTS: After the diagnosis of an LDH, professional athletes successfully returned to sport 82% of the time, with an average career length of 3.4 years. Of the 226 patients who underwent surgical treatment, 184 successfully returned to play (81%), on average, for 3.3 years after surgery. Survivorship analysis demonstrated that 62.3% of players were expected to remain active 2 years after diagnosis. There were no statistically significant differences in outcome in the surgical and nonoperative cohorts. Age at diagnosis was a negative predictor of career length after injury, whereas games played before injury had a positive effect on outcome after injury. Major League Baseball (MLB) players demonstrated a significantly higher RTP rate than those of other sports, and conversely, National Football League (NFL) athletes had a lower RTP rate than players of other sports (p<.05). However, the greatest positive treatment effect from surgery for LDH was seen in NFL players, whereas for MLB athletes, a lumbar discectomy led to a shorter career compared with the nonoperative cohort (p<.05). CONCLUSIONS: Professional athletes diagnosed with an LDH successfully returned to play at a high rate with productive careers after injury. Whereas older athletes have a shorter career length after diagnosis of LDH, experienced players (high number of games played) demonstrate more games played after treatment than inexperienced athletes. Notably, surgical treatment in baseball players led to significantly shorter careers, whereas for NFL athletes, posttreatment careers were longer than those of the corresponding nonoperative cohort. The explanation for this is likely multifactorial, including the age at diagnosis, respective contractual obligations, and different physical demands imposed by each individual professional sport Keywords : Adult,analysis,Athletes,Athletic Injuries,Chicago,Cohort Studies,diagnosis,Diskectomy,Employment,Hockey,Humans,injuries,Intervertebral Disc Displacement,Lumbar Vertebrae,Male,methods,Orthotic Devices,Patients,Physical Therapy Modalities,physiopathology,Postoperative Complications,Proportional Hazards Models,rehabilitation,Rehabilitation,Vocational,Retrospective Studies,Software,Spine,surgery,Time,Treatment Outcome,Universities,Work Capacity Evaluation,, Professional,Athlete,Spine,Initiative,Outcomes, duloxetine 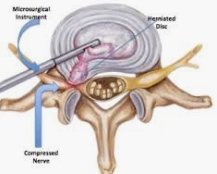