In numerous examples in this series of essays on ‘The Early Days of …’ there is argument and debate about who should be given the credit for introducing a particular major advance in treatment. However, in the story of the management of tumours involving the spinal cord, there is no doubt at all about priority; the surgeon was Victor Horsley and the date was June 1887! The patient was a Captain Gilbey, a business man and a retired Army officer. In 1884, shortly after his wife’s death following a road traffic accident, he developed severe upper thoracic back pain. He was seen over succeeding months and years by numbers of specialists, whose diagnoses ranged from an aneurysm to neurasthenia, and whose treatments included advice to take a long sea voyage, to have Turkish baths and to take the cure at the medicinal baths at Aix-la-Chapelle. His various medical advisors thought his condition to be functional, even though he was gradually losing sensation and movement in his legs and trunk, was having considerable difficulty in passing his urine and was now requiring morphia for the pain 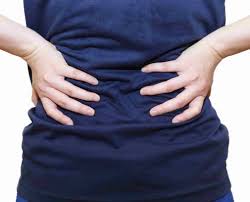