Spinal hydatid disease is rarely encountered in nonendemic regions. It is a progressive disease that is associated with risks of serious morbidity. The authors report a case of an isolated primary hydatid cyst of the spine in a 34-year-old woman who presented with back pain, which had lasted for 3 months, as well as lower-extremity pain and fatigue, which had persisted for 2 months. A neurological examination yielded findings indicative of upper motor neuron involvement with complete sensory loss below the level of T-11. Magnetic resonance imaging of the spine showed multiple extradural cystic lesions with an abscess formation at T-11 and involvement of the paraspinal muscles. The patient underwent spinal decompression in which stabilization and total excision of the multiple epidural and psoas abscesses and paraspinal multiloculated cysts were performed. The diagnosis of hydatid disease associated with another infection was confirmed by histopathological evaluation. Albendazole was administered during the postoperative period. Previous reports of secondary infections accompanying this disease in extraspinal locations have been published. However, to the best of the authors’ knowledge, there have been no publications about a secondary infection associated with hydatidosis in the spinal cord. One should bear in mind that spinal hydatidosis may be accompanied by other infections in endemic regions. Antihelminthic treatment should be administered for a long period following early decompressive surgery and adequate stabilization 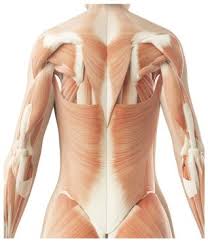