If you have been diagnosed with Spina bifida then you should seek a specialist second opinion on the best treatment options as untreated Spina bifida can lead to more serious problems including nerve damage, persistent pain and immobility.

Spina bifida is a birth defect in which there is incomplete closing of the spine and membranes around the spinal cord during early development in pregnancy.[1] There are three main types: spina bifida occulta, meningocele and myelomeningocele.[1] The most common location is the lower back, but in rare cases it may be the middle back or neck.[9] Occulta has no or only mild signs.[5] Signs of occulta may include a hairy patch, dimple, dark spot or swelling on the back at the site of the gap in the spine.[1] Meningocele typically causes mild problems with a sac of fluid present at the gap in the spine.[1] Myelomeningocele, also known as open spina bifida, is the most severe form.[2] Associated problems include poor ability to walk, problems with bladder or bowel control, accumulation of fluid in the brain (hydrocephalus), a tethered spinal cord and latex allergy.[2] Learning problems are relatively uncommon.[2]

Spina bifida is believed to be due to a combination of genetic and environmental factors.[3] After having one child with the condition or if one of the parents has the condition, there is a 4% chance that the next child will also be affected.[4] Not having enough folate in the diet before and during pregnancy also plays a significant role.[3] Other risk factors include certain antiseizure medications, obesity and poorly controlled diabetes.[4] Diagnosis may occur either before or after a child is born.[5] Before birth if a blood test or amniocentesis finds a high level of alpha-fetoprotein (AFP), there is a higher risk of spina bifida.[5] Ultrasound examination may also detect the problem. Medical imaging can confirm the diagnosis after birth.[5] Spina bifida is a type of neural tube defect related to but distinct from other types such as anencephaly and encephalocele.[10] 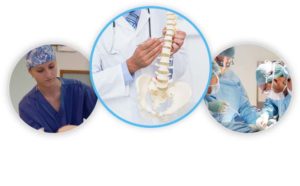 Jonathan Scott-Barrett
Back and nerve pain From diagnosis to treatment and post operational care, the London Spine Unit were very courteous, caring, efficient and generally first class in all departments of their clinic. My ailments pre operation have been successfully eradicated and I no longer suffer from back and nerve pain. I can also walk without stooping. I would not hesitate to recommend anyone with back problems to seek their advice and treatment if required. 9th February 2022

Arvind Manjit Singh
My interaction with Ms Rola Shamlakh… My interaction with Ms Rola Shamlakh was v educative. The way she explained the logic behind the basic exercises she taught me has really helped me to internalise those. Nobody I had consulted for years ( I suffer from arthritis of knees) had done like her before. She was wonderful. Overall it was a v fruitful session. I wish I cud have more such sessions with her but had to return to my country. But hope to be back soon to consult her more…..

thomas may
In early 2021 my back pain which had… In early 2021 my back pain which had long troubled me became acute and it became clear that I urgently needed help .A friend whose father had been similarly afflicted recommended Mo Akmal of the London Spine unit to help me . After a 'phone consultation he immediately summoned me to London for an MRI which resulted in immediate surgery . His very professional team which included a very able assistant , Dr. Lok , operated and in short order , having been crippled ,in great pain and almost unable to walk , I emerged from the procedure pain free . I am aware that this was a very intricate and delicate procedure which had been fully explained to me from the outset. Full supervised recovery took place over the ensuing six months and I am now very physically active and able to take part in all the things that had been previously impossible.

Jag Sandhu
Spinal fractures and balloon kyphoplasty procedure Due to oesterprosis last year I ended up with 8 spinal fractures, as the NHS failed to investigate my back pain, I had no choice but to refer myself to a private consultation at the Harley St spinal Clinic. I was under Dr Mo Akmal who arranged Mris and from here he found out I had 8 fractures, he suggested a procedure called balloon kyphoplasty, this was done in October 2021. The procedure itself went well and the care Harley st and Dr Akmals team gave me was exceptionall. Dr Akmal is one of the best surgeon s we read his reviews on Trust pilot before we made the initial appointment, he is a very kind and caring person who is professional as well as genuinely caring about you and your health problems. Its 3 months after my surgery and I am not taking any painkillers, I still have a little way to go as healing can take a few months but I'm hopeful my back will be back to as normal as it can be.. I am still under review under Dr Akmal so this gives me reassurance that until I'm not fully fixed he will be looking after me.
Trustpilot rating score: of 5, based on reviews. 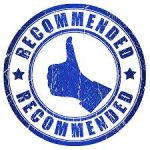 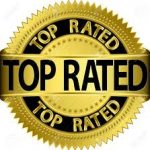