OBJECTIVE: To study the short-term effects of thoracoscopic anterior spine release combined with posterior correction on the pulmonary function in patients with idiopathic scoliosis (IS). METHODS: Between April 2004 and June 2008, 21 cases of IS underwent thoracoscopic anterior spine release combined with posterior correction. There were 9 males and 12 females with a mean age of 15.6 years (range, 12 to 24 years). Of 11 patients, 2 had left protrusion deformity and 19 had right protrusion deformity, including 12 cases of Lenke type I and 9 cases of Lenke type II, with an average coronal Cobb’s angle of 79.6 degrees (range, 65-125 degrees). The disease duration ranged from 1 year and 6 months to 9 years (mean, 2.5 years). The results of pulmonary function tests (PFTs) were compared between pre-operation and postoperative 6th month, including lung capacity, ventilation function, and thoracic compliance. RESULTS: The opening time of the chest was 90 to 150 minutes (mean, 127 minutes) at the thoracoscopic anterior spine release and all incisions healed by first intention with no chest cavity infection. All the patients were followed up from 6 to 36 months (mean, 13.5 months). The average coronal Cobb’s angle was 43.7 degrees (range, 36-75 degrees) at 1 week after posterior correction. At 6 months after operation, the vital capacity and total capacity were significantly increased (P < 0.05), but no significant change was observed in the percentage of actual value and expected one when compared with pre-operation (P > 0.05). The functional residual capacity and the percentage of actual value and expected one of residual volume was significantly decreased when compared with those at pre-operation (P < 0.05). The forced expiratory volume in one second (FEVl) and FEVI/FEV were not significantly improved (P > 0.05), but the maximum ventilatory volume was significantly increased when compared with the preoperative value (P < 0.05). In addition, the Raw Total, Raw Insp, and Raw Exp decreased significantly after operation (P < 0.05). CONCLUSION: Although the thoracoscopic anterior spine release combined with posterior correction might disturb the function of the thoracic cavity, the PFTs of the patients could be improved at different aspects because of the shape changes of the thoracic cavity, and the pulmonary function still needed further observation Keywords : Adolescent,Child,China,Female,Forced Expiratory Volume,Humans,Infection,Lung,Male,methods,Orthopedic Procedures,Orthopedics,Patients,physiopathology,Postoperative Period,Respiratory Function Tests,Scoliosis,Spine,surgery,Thoracoscopy,Tidal Volume,Time,Universities,Vital Capacity,Young Adult,, Effects,Thoracoscopic,Anterior,Spine, harley injectables 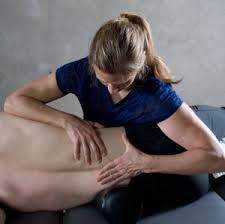