Scrapie infection activates the replication of ecotropic, xenotropic, and polytropic murine leukemia virus (MuLV) in brains and spinal cords of senescence-accelerated mice: implication of MuLV in progression of scrapie pathogenesis

Senescence-accelerated mice (SAMP8) have a short life span, whereas SAMR1 mice are resistant to accelerated senescence. Previously it has been reported that the Akv strain of ecotropic murine leukemia virus (E-MuLV) was detected in brains of SAMP8 mice but not in brains of SAMR1 mice. In order to determine the change of MuLV levels following scrapie infection, we analyzed the E-MuLV titer and the RNA expression levels of E-MuLV, xenotropic MuLV, and polytropic MuLV in brains and spinal cords of scrapie-infected SAM mice. The expression levels of the 3 types of MuLV were increased in scrapie-infected mice compared to control mice; E-MuLV expression was detected in infected SAMR1 mice, but only in the terminal stage of scrapie disease. We also examined incubation periods and the levels of PrPSc in scrapie-infected SAMR1 (sR1) and SAMP8 (sP8) mice. We confirmed that the incubation period was shorter in sP8 (210+/-5 days) compared to sR1 (235+/-10 days) after intraperitoneal injection. The levels of PrPSc in sP8 were significantly greater than sR1 at 210+/-5 days, but levels of PrPSc at the terminal stage of scrapie in both SAM strains were virtually identical. These results show the activation of MuLV expression by scrapie infection and suggest acceleration of the progression of scrapie pathogenesis by MuLV 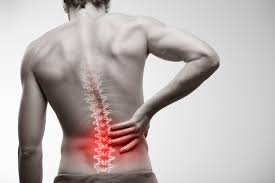