OBJECTIVE: To investigate the effect of Helicobacter pylori (H. pylori) infection on neuronal expressions in the stomach and spinal cord of mice so as to explain dyspepsia symptoms in H. pylori infected patients. METHODS: C57BL/6 female mice were studied at 2 weeks (acute infection group) and 12 weeks (chronic infection group) after H. pylori inoculation. Histological analyses for gastric inflammation and bacterial colonization were assessed by HE staining and Warthin-Starry staining. Fos, vasoactive intestinal polypeptide (VIP) and calcitonin gene-related peptide expressions (CGRP) were studied by immunohistochemistry. RESULTS: H. pylori colonization was present mainly in pyloric region, but bacterial density was similar in both infected groups. The intensity of mucosal inflammation and activity was significantly higher in two infected groups than in those in the control group. The degree of mononuclear and polymorphonuclear cell infiltration in proventricular-glandular region and gastric corpus at 12 weeks after H. pylori inoculation was higher than that at 2 weeks after inoculation. The neuronal expressions of fos, VIP, and CGRP in the stomach and spinal cord were significantly more marked in the infected groups than in the control group, but there was no significant difference between two infected groups. CONCLUSION: H. pylori infection induced different degrees of gastric mucosal inflammation in the murine model. Both early and chronic infection groups of mice showed enhanced neuronal expressions of fos, VIP and CGRP of stomach and spinal cord and these could form a basis for appearance of functional dyspeptic symptoms in patients with H. pylori infection 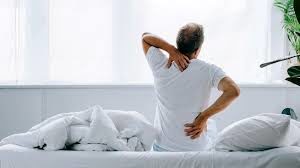