Objective: The purpose of our study was to compare the perioperative complications and reoperation rates after ACDF, CDA, and PCF in patients treated for cervical radiculopathy.

Summary of background data: Cervical radiculopathy results from compression or irritation of nerve roots in the cervical spine. While most cervical radiculopathy is treated nonoperatively, anterior cervical discectomy and fusion (ACDF), cervical disc arthroplasty (CDA), and posterior cervical foraminotomy (PCF) are the techniques most commonly used if operative intervention is indicated. There is limited research evaluating the perioperative complications of these surgical techniques.

Methods: A retrospective review was performed using the PearlDiver Patient Record Database to identify cases of cervical radiculopathy that underwent ACDF, CDA, or PCF at 1 or 2 levels from 2007 to 2016. Perioperative complications and reoperations following each of the procedures were assessed.

Reoperation and Perioperative Complications after Surgical Treatment of Cervical Radiculopathy: A Comparison between Three Procedures 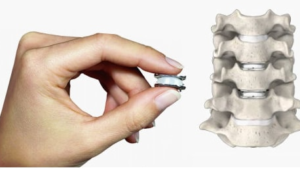