Hammerhead ribozymes were designed to target mRNA of several essential herpes simplex virus type 1 (HSV-1) genes. A ribozyme specific for the late gene U(L)20 was packaged in an adenovirus vector (Ad-U(L)20 Rz) and evaluated for its capacity to inhibit the viral replication of several HSV-1 strains, including that of the wild-type HSV-1 (17syn+ and KOS) and several acycloguanosine-resistant strains (PAAr5, tkLTRZ1, and ACGr4) in tissue culture. The Ad-U(L)20 Rz was also tested for its ability to block an HSV-1 infection, using the mouse footpad model. Mouse footpads were treated with either the Ad-U(L)20 Rz or an adenoviral vector expressing green fluorescent protein (Ad-GFP) and then infected immediately thereafter with 10(4) PFU of HSV-1 strain 17syn+. Ad-U(L)20 ribozyme treatment consistently led to a 90% rate of protection for mice from lethal HSV-1 infection, while the survival rate in the control groups was less than 45%. Consistent with this protective effect, treatment with the Ad-U(L)20 Rz reduced the viral DNA load in the feet, the dorsal root ganglia, and the spinal cord relative to that of the Ad-GFP-treated animals. This study suggests that ribozymes targeting essential genes of the late kinetic class may represent a new therapeutic strategy for inhibiting HSV infection 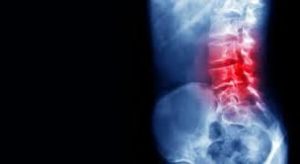