Abstract
BACKGROUND: China has undergone rapid demographic and epidemiological changes in the past few decades, including striking declines in fertility and child mortality and increases in life expectancy at birth. Popular discontent with the health system has led to major reforms. To help inform these reforms, we did a comprehensive assessment of disease burden in China, how it changed between 1990 and 2010, and how China’s health burden compares with other nations.
METHODS: We used results of the Global Burden of Diseases, Injuries, and Risk Factors Study 2010 (GBD 2010) for 1990 and 2010 for China and 18 other countries in the G20 to assess rates and trends in mortality, causes of death, years of life lost (YLLs), years lived with disability (YLDs), disability-adjusted life-years (DALYs), and healthy life expectancy (HALE). We present results for 231 diseases and injuries and for 67 risk factors or clusters of risk factors relevant to China. We assessed relative performance of China against G20 countries (significantly better, worse, or indistinguishable from the G20 mean) with age-standardised rates and 95% uncertainty intervals.
FINDINGS: The leading causes of death in China in 2010 were stroke (1·7 million deaths, 95% UI 1·5-1·8 million), ischaemic heart disease (948,700 deaths, 774,500-1,024,600), and chronic obstructive pulmonary disease (934,000 deaths, 846,600-1,032,300). Age-standardised YLLs in China were lower in 2010 than all emerging economies in the G20, and only slightly higher than noted in the USA. China had the lowest age-standardised YLD rate in the G20 in 2010. China also ranked tenth (95% UI eighth to tenth) for HALE and 12th (11th to 13th) for life expectancy. YLLs from neonatal causes, infectious diseases, and injuries in children declined substantially between 1990 and 2010. Mental and behavioural disorders, substance use disorders, and musculoskeletal disorders were responsible for almost half of all YLDs. The fraction of DALYs from YLDs rose from 28·1% (95% UI 24·2-32·5) in 1990 to 39·4% (34·9-43·8) in 2010. Leading causes of DALYs in 2010 were cardiovascular diseases (stroke and ischaemic heart disease), cancers (lung and liver cancer), low back pain, and depression. Dietary risk factors, high blood pressure, and tobacco exposure are the risk factors that constituted the largest number of attributable DALYs in China. Ambient air pollution ranked fourth (third to fifth; the second highest in the G20) and household air pollution ranked fifth (fourth to sixth; the third highest in the G20) in terms of the age-standardised DALY rate in 2010.
INTERPRETATION: The rapid rise of non-communicable diseases driven by urbanisation, rising incomes, and ageing poses major challenges for China’s health system, as does a shift to chronic disability. Reduction of population exposures from poor diet, high blood pressure, tobacco use, cholesterol, and fasting blood glucose are public policy priorities for China, as are the control of ambient and household air pollution. These changes will require an integrated government response to improve primary care and undertake required multisectoral action to tackle key risks. Analyses of disease burden provide a useful framework to guide policy responses to the changing disease spectrum in China.
FUNDING: Bill & Melinda Gates Foundation. 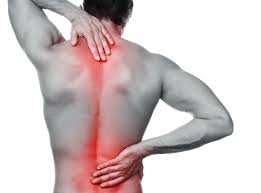