Presentation and progression of a disc cyst in a pediatric patient

Disc cysts are rare intraspinal extradural lesions that communicate with the intervertebral disc and can mimic the symptoms of acute lumbar disc herniation. Initially reported in the Japanese-language literature as a new entity (discal cyst), there are few documented cases in North America, and only 1 prior case in the pediatric population. The authors present the case of a 16-year-old girl with an intervertebral disc cyst causing lumbar radiculopathy that progressed despite conservative treatment. All medical records, imaging studies, intraoperative findings, and pertinent literature were reviewed. Serial preoperative MR imaging revealed enlargement of the intraspinal cyst at the L4-5 level, resulting in compression of the right L-5 nerve root. Enlargement of the cyst occurred over a 4-month period despite conservative treatment with physical therapy and corticosteroid injections. Microsurgical discectomy and excision of the cyst resulted in complete resolution of the preoperative radiculopathy. An intervertebral disc cyst is a rare entity in the adult population and exceedingly rare in the pediatric population but should remain in the differential diagnosis of any intraspinal extradural mass. The authors hypothesize that there exists a spectrum of this entity that may not be responsive to conservative therapy. Cyst excision alone or in conjunction with microsurgical discectomy is safe and effective in treating radiculopathy caused by disc cysts 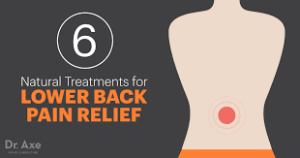