Abstract
Vertebroplasty provides excellent pain relief and functional restoration for osteoporotic fractures. Short-term complications such as cement leak and embolism are well described. Incident fractures are the only well-reported long-term complications. The authors describe the cases of 5 patients who presented with back pain caused by instability or worsening neurological status 13 months (range 8-17 months) after vertebroplasty. They further classify this postvertebroplasty instability into intervertebral instability and intravertebral instability, depending on the apex of abnormal mobility. One patient presented with cement migration and progressive collapse of the augmented vertebral body. Another patient presented with an additional fracture. Both cases were classified as intravertebral instability. The cases of 3 other patients presenting with adjacent endplate erosion, vacuum disc phenomenon, and bridging osteophyte formation were classified as having intervertebral instability. Long-term effect of cements on the augmented vertebral body and adjacent endplates and discs is a cause for concern. Vertebroplasty acts as a mechanical stabilizer and provides structural support but does not bring about union. Micromotion has been shown to persist for years after vertebroplasty. This study describes persistent instability after vertebroplasty in a series of 5 cases. The authors propose that postvertebroplasty instability occurs due to collapse of soft osteoporotic bone and endplates around cement. All 3 cases of intervertebral instability were associated with an intradiscal cement leak. With increased longevity and higher functional demands of the geriatric population, the durability of this “rock (cement) between cushions (of osteoporotic bone)” arrangement (as seen in vertebroplasty) will be increasingly challenged. 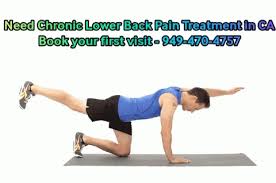