STUDY DESIGN: A prospective follow-up study to detect the early neurological improvement after decompression surgery and to clarify its correlation with the late neurological outcome in patients with cervical compression myelopathy. OBJECTIVE: To reveal the suitability of a simple performance, 15-second grip-and-release test for postoperative neurological recovery in patients with cervical myelopathy. SUMMARY OF BACKGROUND DATA: Although various parameters have been advocated as prognostic factors, there still remain arguments against them. Furthermore, neurological status after decompression surgery has been evaluated weekly or monthly in previous studies, but not hourly or daily. To follow the postoperative neurological recovery, we used our original performance test. METHODS: Forty-eight patients who were admitted to undergo decompressive laminoplasty for cervical myelopathy were enrolled in the study. Twenty-five patients who were admitted for lumbar spine surgery were used as controls. Subjects were asked to fully grip and release with their right (or left) hand fingers as fast as possible for 15 seconds, which was recorded by a digital camera. And the number of grip-and-release cycles was counted (15-second test) in the recorded video files. RESULTS: In the myelopathy group, the number of grip-and-release cycles before surgery and 4 hours, 24 hours, 48 hours, 1 week, and 2 weeks after surgery was 26.7 +/- 10.0, 29.7 +/- 9.9, 35.0 +/- 11.3, 35.1 +/- 9.8, 36.2 +/- 9.6, and 37.2 +/- 10.2, respectively. The number increased steeply after surgery until 24 hours, and the number was 94% after 24 hours of the number recorded 2 weeks after surgery. In the control group, the number of grip-and-release cycles at each time point was 37.9 +/- 9.7, 34.7 +/- 9.1, 39.2 +/- 9.0, 38.5 +/- 8.9, 38.9 +/- 9.7, and 38.0 +/- 9.3, respectively. There was a transient reduction 4 hours after surgery. CONCLUSION: Because the number recorded 24 hours after surgery was significantly correlated with both the maximum gain in the number on the 15-second test and the gain in the Japan Orthopaedic Association score, it could be used as a prognostic factor for neurological outcome in patients with cervical myelopathy 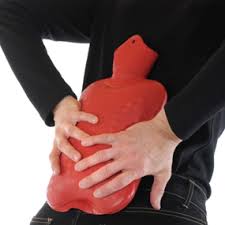