Posterior lumbar plexus block in postoperative analgesia for total hip arthroplasty: a comparative study between 0.5% Bupivacaine with Epinephrine and 0.5% Ropivacaine

BACKGROUND AND OBJECTIVES: Posterior lumbar plexus block promotes effective postoperative analgesia in total knee arthroplasty. Ropivacaine and bupivacaine do not show differences in analgesic efficacy when used in different peripheral nerve blocks. The objective of this study was to compare the efficacy of postoperative analgesia resulting from the administration of a single dose of 0.5% bupivacaine or 0.5% ropivacaine in posterior lumbar plexus block for total hip arthroplasty. METHODS: Thirty-seven patients were randomly divided in two groups according to the local anesthetic used: Group B – 0.5% bupivacaine with 1:200,000 epinephrine; or group R – 0.5% ropivacaine. During the postoperative period, pain scores and morphine consumption in patient controlled analgesia were compared between groups. Bleeding during surgery and the incidence of side effects and complications were also compared. RESULTS: Although pain scores were lower in Group R 8 hours, 12 hours, and 24 hours after the blockade, these differences were not clinically significant. Multiple linear regression identified the local anesthetic as an independent variable. Differences in morphine consumption, intraoperative bleeding, and the incidence of complications and side effects were not observed between both groups. CONCLUSIONS: 0.5% Bupivacaine and 0.5% ropivacaine produced effective and prolonged postoperative pain relief after total hip arthroplasty, without clinical differences, when equivalent doses were administered for posterior lumbar plexus block 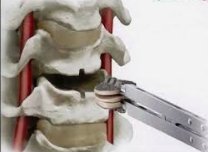