Physical capacity of girls with mild and moderate idiopathic scoliosis: influence of the size, length and number of curvatures

INTRODUCTION: Idiopathic scoliosis affects the locomotor system; however, it can considerably impair the function of cardiovascular and respiratory systems. The aim of the study was to assess parameters indicating the physical capacity of adolescent girls with mild or moderate idiopathic scoliosis. MATERIALS AND METHODS: The study included 97 girls, aged 10-18 years: 70 girls, aged 13.84 +/- 2.2 years, with idiopathic thoracic scoliosis (Cobb angle 10 degrees -40 degrees ) formed the study group and 27 healthy girls, aged 13.2 +/- 1.9 years, formed the control group. The girls underwent the Physical Work Capacity 170 (PWC170) test on a cycle ergometer based on two 5-min submaximal physical effort events. The maximum oxygen intake was calculated and expressed in l/min and ml/kg/min. The impact of the curvature angle value, of the number of vertebrae within the curve and of the number of the curves on the physical capacity parameters was analyzed. RESULTS: The maximal oxygen intake (l/min) and PWC170 (W; W/kg) values were considerably lower in girls with scoliosis of 25 degrees -40 degrees than in the control group. No significant differences were observed between girls with mild scoliosis (10 degrees -24 degrees ) and the control group. Statistical analysis did not show any significant impact of the number of vertebrae affected by scoliosis and the number of curvatures on VO(2)max (l/min; ml/kg/min) and the PWC170 (W) indicator. In the group of girls with scoliosis involving more than nine vertebrae, the PWC170 (W/kg) indicator was significantly lower than in the control group. A similar correlation was observed between girls with double-curved scoliosis and the control group (p < 0.05). CONCLUSION: The maximum oxygen intake and the output during the PWC170 test is lower in girls with moderate scoliosis than in the control group. The value of maximum oxygen intake and output obtained during the PWC170 test in girls with mild scoliosis does not differ significantly from the values obtained in the control group. The number of vertebrae involved in scoliotic deformation and the number of curvatures cause significant decrease in only the relative value of the output obtained during an exercise test Keywords : Adolescent,Affect,Aged,analysis,Child,complications,diagnostic imaging,Exercise,Exercise Test,Female,Humans,methods,Oxygen,Oxygen Consumption,Physical Endurance,physiology,physiopathology,Poland,Radiography,Scoliosis,Universities,, Capacity,Girls,With,Mild, botox nerve damage

Physical capacity of girls with mild and moderate idiopathic scoliosis influence of the size, length and number of curvatures | Pain specialist uk 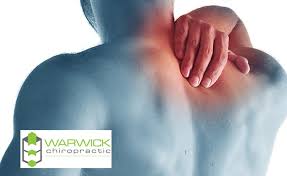