BACKGROUND: Decompressive craniectomy is an extremely useful surgical procedure for decreasing intra cranial pressure following severe head injury. However, there is anecdotal evidence to suggest that some of these patients may continue to have raised intracranial pressure in spite of an apparently adequate Decompressive craniectomy. AIMS AND OBJECTIVES: (1) To assess whether fundoscopic findings accurately reflect changes in ICP in severe head injury. (2) To study the temporal course of fundoscopic findings in patients with severe head injury following decompressive craniectomy and to correlate fundoscopy findings with ventriculomegaly (if any) on serial Computerized tomography in these patients. MATERIALS AND METHODS: In this prospective study from November 2008 to March 2009, 32 patients severe head injury (GCS 80 cubic cm) decompressive craniectomy with a lax duraplasty for severe head injury were subjected to fundoscopic examinations on the 1st, 3rd, 5th, 7th and 14th post operative days along with serial C.T. imaging studies to check for ventriculomegaly. Ventriculomegaly was defined as dilatation of temporal horn >2mm along with ballooning of III ventricle and/or presence of peri-ventricular lucency. Seven severe head injury patients who were conservatively managed with continuous ICP monitoring were also subjected to serial fundoscopic examinations. RESULTS: 32 patients who underwent decompressive craniectomy for severe head injury were evaluated during the study period. The age group of the patients ranged from 12 to 75 years. The mean GCS on admission was 6/15 (range 3/15-8/15). There were 12 cases of acute traumatic subdural hemorrhage and 20 cases of intracerebral contusion (frontal/temporal regions). Fundoscopic examination showed papilloedema in 81% (n=26) on the first post operative day, 66% (n=21) on the third post operative day, 28% (n=9) on the fifth post operative day, 13% (n=4) on the seventh post operative day and 6% (n=2) at 14 days post-operatively. In 4 (13%) patients papilloedema reappeared on fundoscopy after one week of surgery. Of these, only 1 (3%) patient had ventriculomegaly on CT scans. Lumbar drain was placed in 2 of these patients and resulted in prompt resolution of papilloedema. In the 7 patients who were managed conservatively and had ICP monitoring, serial fundoscopic examination were found to accurately reflect the ICP readings in all cases. No papilloedema was seen in any of the patients when ICP was below 20mm of Hg and papilloedema appeared in all cases where the ICP was >/=20mm of Hg. CONCLUSION: Fundoscopy is an extremely useful non-invasive tool to assess changes in intracranial pressure in severe head injury. Reappearance of papilloedema in the postoperative period even in the absence of ventriculomegaly indicates raised ICP and should be treated aggressively 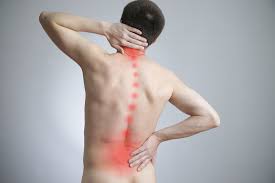