The purpose of this article is to compare the outcomes of three different anterior approaches for three-level cervical spondylosis. The records of 120 patients who underwent anterior approaches because of three-level cervical spondylosis between 2006 and 2008 were reviewed. Based on the type of surgery, the patients were divided into three groups: Group 1 was three-level anterior cervical discectomy and fusion (ACDF); Group 2 anterior cervical hybrid decompression and fusion (ACHDF, combination of ACDF and ACCF); and Group 3 two-level anterior cervical corpectomy and fusion (ACCF). The clinical outcomes including blood loss, operation time, complications, Japanese Orthopedic Association (JOA) scores, C2-C7 angle, segmental angle, and fusion rate were compared. There were no significant differences in JOA improvement and fusion rate among three groups. However, in terms of segmental angle and C2-C7 angle improvement, Group 2 was superior to Group 3 and inferior to Group 1 (all P < 0.01). Group 2 was less in operation time than Group 3 (P < 0.01) and more than Group 1 (P < 0.01). Group 3 had more blood loss than Group 1 and Group 2 (all P < 0.01) and had higher complication rate than Group 1 (P < 0.05). No significant differences in blood loss and complication rate were observed between Group 1 and Group 2 (P > 0.05). ACDF was superior in most outcomes to ACCF and ACHDF. If the compressive pathology could be resolved by discectomy, ACDF should be the treatment of choice. ACHDF was an ideal alternative procedure to ACDF if retro-vertebral pathology existed. ACCF was the last choice considered 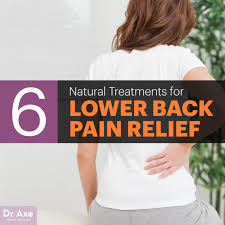