Outcome analysis of cardiac arrest due to hanging injury

OBJECTIVE: The aim of this study was to review patient characteristics and analyze the outcomes in patients who have had cardiac arrest from hanging injuries. METHODS: A retrospective review was performed that examined the victims of out-of-hospital cardiac arrest (OHCA) due to hanging who presented to a tertiary general hospital from January 2000 to December 2009. Utstein style variables were evaluated, and patient outcomes were assessed at the time of hospital discharge using the cerebral performance category (CPC) scale. RESULTS: Fifty-two patients with OHCA due to hanging were enrolled in this study from the aforementioned 10-year inclusion period. Resuscitation attempts were performed in 31 patients (60%), and 21 patients were pronounced dead. In all cases, the first monitored cardiac rhythms were either asystole or pulseless electrical activity (PEA) and were therefore nonshockable rhythms. Of the patients for whom resuscitation was attempted, 13 (42%) experienced a return of spontaneous circulation and 1 revealed cervical spine fracture. Of the 13 return-of-spontaneous-circulation patients, 5 survived to be discharged. The mean age of these 5 surviving patients was 36 years. All 5 patients were graded as cerebral performance category 4 at discharge. CONCLUSION: The first monitored cardiac rhythms of patients presenting with OHCA due to hanging were nonshockable rhythms wherein the survival rate of these patients was 9.6%. All of the survivors were relatively young and demonstrated poor neurologic outcomes at discharge. Physicians must consider cervical spine fracture in patients who had cardiac arrest from hanging 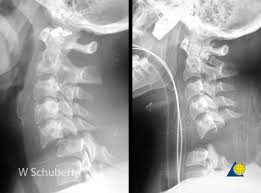