Ossification of the posterior longitudinal ligament in non-Asians: demographic, clinical, and radiographic findings in 43 patients

OBJECT: Ossification of the posterior longitudinal ligament (OPLL) is a disorder afflicting as many as 2% of East Asians. However, reports of OPLL in non-Asians have been sporadic in the medical literature. This study describes clinical and radiographic findings with OPLL in non-Asians at a tertiary care center treating a diverse multiethnic population. METHODS: Over a 6-year period, 43 patients not of East Asian descent presented to an urban tertiary medical center with OPLL. Patient data, including ethnicity, spinal cord function, Nurick grade, radiographic findings, OPLL subtype, and degree of cervical stenosis, were recorded. RESULTS: The average patient age was 59 years (range 32-92 years) with 18 women and 25 men. There were 22 Caucasian patients, 17 Hispanic patients, and 4 Black patients. With respect to the radiographic findings, OPLL morphology was continuous in 19, segmental in 17, mixed in 6, and other in 1. Average canal diameter was 7.6 mm (range 4.2-9.0 mm) at the most stenotic points. The mean Nurick grade was 2.95 at presentation, but 7 of the patients had OPLL identified incidentally and with early or minimal symptoms and signs of myelopathy. CONCLUSIONS: Ossification of the posterior longitudinal ligament in non-Asians demonstrates similar demographic and radiographic characteristics as in East Asians. The representation of different ethnic groups mirrors the demographics of the medical center population in general, showing no specific predilection for particular ethnic groups. Surgical decompression in appropriately selected patients results in similar rates of improvement when compared with the Japanese literature 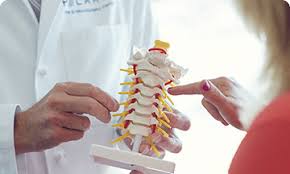