BACKGROUND: ATP-sensitive potassium (KATP) channels in neurons regulate excitability, neurotransmitter release and mediate protection from cell-death. Furthermore, activation of KATP channels is suppressed in DRG neurons after painful-like nerve injury. NO-dependent mechanisms modulate both KATP channels and participate in the pathophysiology and pharmacology of neuropathic pain. Therefore, we investigated NO modulation of KATP channels in control and axotomized DRG neurons. RESULTS: Cell-attached and cell-free recordings of KATP currents in large DRG neurons from control rats (sham surgery, SS) revealed activation of KATP channels by NO exogenously released by the NO donor SNAP, through decreased sensitivity to [ATP]i. This NO-induced KATP channel activation was not altered in ganglia from animals that demonstrated sustained hyperalgesia-type response to nociceptive stimulation following spinal nerve ligation. However, baseline opening of KATP channels and their activation induced by metabolic inhibition was suppressed by axotomy. Failure to block the NO-mediated amplification of KATP currents with specific inhibitors of sGC and PKG indicated that the classical sGC/cGMP/PKG signaling pathway was not involved in the activation by SNAP. NO-induced activation of KATP channels remained intact in cell-free patches, was reversed by DTT, a thiol-reducing agent, and prevented by NEM, a thiol-alkylating agent. Other findings indicated that the mechanisms by which NO activates KATP channels involve direct S-nitrosylation of cysteine residues in the SUR1 subunit. Specifically, current through recombinant wild-type SUR1/Kir6.2 channels expressed in COS7 cells was activated by NO, but channels formed only from truncated isoform Kir6.2 subunits without SUR1 subunits were insensitive to NO. Further, mutagenesis of SUR1 indicated that NO-induced KATP channel activation involves interaction of NO with residues in the NBD1 of the SUR1 subunit. CONCLUSION: NO activates KATP channels in large DRG neurons via direct S-nitrosylation of cysteine residues in the SUR1 subunit. The capacity of NO to activate KATP channels via this mechanism remains intact even after spinal nerve ligation, thus providing opportunities for selective pharmacological enhancement of KATP current even after decrease of this current by painful-like nerve injury 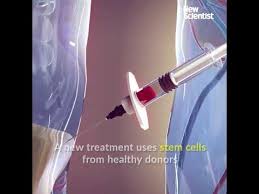