Inflammation is known to be responsible for the sensitization of peripheral sensory neurons, leading to spontaneous pain and invalidating pain hypersensitivity. Given its role in regulating neuronal excitability, the voltage-gated Nav1.9 channel is a potential target for the treatment of pathological pain, but its implication in inflammatory pain is yet not fully described. In the present study, we examined the role of the Nav1.9 channel in acute, subacute and chronic inflammatory pain using Nav1.9-null mice and Nav1.9 knock-down rats. In mice we found that, although the Nav1.9 channel does not contribute to basal pain thresholds, it plays an important role in heat pain hypersensitivity induced by subacute paw inflammation (intraplantar carrageenan) and chronic ankle inflammation (complete Freund’s adjuvant-induced monoarthritis). We showed for the first time that Nav1.9 also contributes to mechanical hypersensitivity in both models, as assessed using von Frey and dynamic weight bearing tests. Consistently, antisense-based Nav1.9 gene silencing in rats reduced carrageenan-induced heat and mechanical pain hypersensitivity. While no changes in Nav1.9 mRNA levels were detected in dorsal root ganglia (DRGs) during subacute and chronic inflammation, a significant increase in Nav1.9 immunoreactivity was observed in ipsilateral DRGs 24 hours following carrageenan injection. This was correlated with an increase in Nav1.9 immunolabeling in nerve fibers surrounding the inflamed area. No change in Nav1.9 current density could be detected in the soma of retrolabeled DRG neurons innervating inflamed tissues, suggesting that newly produced channels may be non-functional at this level and rather contribute to the observed increase in axonal transport. Our results provide evidence that Nav1.9 plays a crucial role in the generation of heat and mechanical pain hypersensitivity, both in subacute and chronic inflammatory pain models, and bring new elements for the understanding of its regulation in those models

Journal of Publication : PLoS One 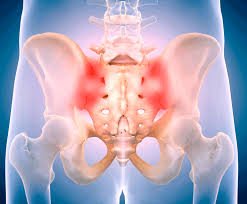