Myelitis is a disease that affects the myelin sheaths of the nerve fibres. Myelitis is a substance that insulates axons, and facilitates the transmission of electrochemical impulses between neurons.

Transverse myelitis occurs when there is inflammation on both sides of a section of the cord.

In general, the damage limits to a small area of ​​the marrow. However, the severity of myelitis varies depending on the case. The interruption in sending signals along the spine causes alterations, and physical deficits of various kinds.

The symptoms of transverse myelitis usually affect both sides of the body below the damaged section of the cord. Although the development of these symptoms occurs in a matter of hours or days, sometimes it is slower, being able to take weeks to evolve completely.

Although transverse myelitis can cause chronic problems, the symptoms and signs usually reduce in a matter of weeks if treatment is initiated early. In some cases, it may take almost two years to completely remit.

The treatment of transverse myelitis usually consists of the administration of drugs. Physical rehabilitation therapy aims to improve muscle strength and coordination. Sometimes it is necessary to use assistive devices, such as crutches or wheelchairs, temporarily or permanently.

Some of the drugs that doctors apply are intravenous corticosteroids, which can reduce inflammation of the spinal cord.

In addition, healthcare staff administer other drugs for secondary symptoms. For instance, they apply analgesics and muscle relaxants to reduce pain.

At The London Spine Unit, The Harley Street Hospital, we have some of the best specialists to treat this disease. Book an appointment to get a check up. 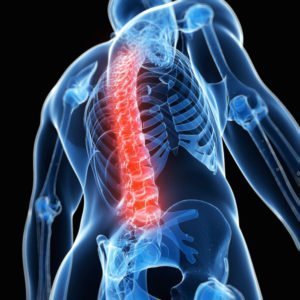