In a chronically compressed dorsal root ganglion (CCD) in the rat, a model of foraminal stenosis and radicular pain in human, a subpopulation of neurons with functional axons exhibits spontaneous activity (SA) that originates within the ganglion. Intracellular electrophysiological recordings were obtained from the somata of neurons of the compressed ganglion both in vitro and in vivo. The SA was classified into two types according to the presence (type I) or absence (type II) of subthreshold membrane potential oscillation. Neurons with type I SA had significantly higher somal excitability than those with type II SA. In most cases, depolarization of the membrane potential by current injection increased the discharge rates of type I–but not type II SA. Both types occasionally coexisted in the same neuron. Several lines of evidence suggested that the origin of SA in the DRG was most likely the soma for type I SA and the axon for type II. Therefore CCD neurons have multiple sites for generation of action potentials other than the terminal endings. In vivo recordings revealed the same two types of SA in a subpopulation of neurons with functionally characterized peripheral receptive fields. Thus, SA might not only produce spurious sensory input to the afferent pathways but also add to or block impulse transmission generated by natural stimulation of peripheral receptors. SA originating in the compressed ganglion is likely to interfere with sensory transmission in nociceptive and non-nociceptive neurons, thereby contributing to radicular pain, paresthesias, hyperalgesia and allodynia 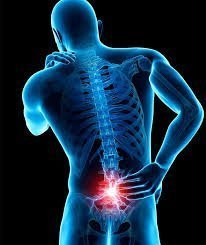