AIM: To investigate a potential difference in postoperative morphological changes of two-level lumbar disc surgery as compared to one level surgery. METHODS: The standard lateral radiographs of lumbar spine obtained preoperatively and postoperatively were used in the study . The morphological study included 60 adult patients of both sexes who had undergone the surgery in the period 2002-2006. The first group comprised patients operated on one level (L4/L5 and L5/ S1), and the second included patients operated on two levels (L3/ L4/L5; L4/L5/S1 and L5/S1/S2). Using lateral radiographs, after digitalization, the height of intervertebral disc space (HD), angle between vertebral bodies (A) and translation (T) were measured. RESULTS: Comparing preoperative and postoperative values, statistically significant difference has been found for HD in the first group and HD and A in the second group. In neither groups there was statistically significant difference for T, which is one of radiological signs of segmental instability. The comparison of postoperative values for both groups has not shown any statistically significant difference. CONCLUSIONS: The standard lumbar discectomy on two levels has not shown more pronounced morphological changes or changes suggesting an increased risk of segmental instability as compared to one level discectomy 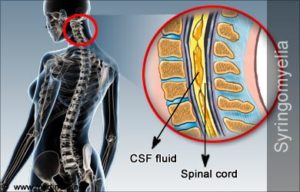