Mitochondrial abnormality in sensory, but not motor, axons in paclitaxel-evoked painful peripheral neuropathy in the rat

The dose-limiting side effect of the anti-neoplastic agent, paclitaxel, is a chronic distal symmetrical peripheral neuropathy that produces sensory dysfunction (hypoesthesia and neuropathic pain) but little or no distal motor dysfunction. Similar peripheral neuropathies are seen with chemotherapeutics in the vinca alkaloid, platinum-complex, and proteasome inhibitor classes. Studies in rats suggest that the cause is a mitotoxic effect on axonal mitochondria. If so, then the absence of motor dysfunction may be due to mitotoxicity that affects sensory axons but spares motor axons. To investigate this, paclitaxel exposure levels in the dorsal root, ventral root, dorsal root ganglion, peripheral nerve, and spinal cord were measured, and the ultrastructure and the respiratory function of mitochondria in dorsal roots and ventral roots were compared. Sensory and motor axons in the roots and nerve had comparably low exposure to paclitaxel and exposure in the spinal cord was negligible. However, sensory neurons in the dorsal root ganglion had a very high and remarkably persistent (up to 10 days or more after the last injection) exposure to paclitaxel. Paclitaxel evoked a significant increase in the incidence of swollen and vacuolated mitochondria in the myelinated and unmyelinated sensory axons of the dorsal root (as seen previously in the peripheral nerve) but not in the motor axons of the ventral root. Stimulated mitochondrial respiration in the dorsal root was significantly depressed in paclitaxel-treated animals examined 2-4 weeks after the last injection, whereas respiration in the ventral root was normal. We conclude that the absence of motor dysfunction in paclitaxel-evoked peripheral neuropathy may be due to the absence of a mitotoxic effect in motor neuron axons, whereas the sensory dysfunction may be due to a mitotoxic effect resulting from the primary afferent neuron’s cell body being exposed to high and persistent levels of paclitaxel 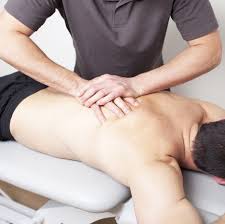