BACKGROUND: Spinal vascular malformations comprise a rare but significant group of spinal disorders where clinching the diagnosis early is absolutely necessary since the morbidity increases as the time goes by. These malformations present mainly with symptoms of myelopathy with a gradually worsening course and thus early diagnosis and intervention may revert the symptoms to some extent. Owing to ignorance, sometimes the diagnosis may be missed or delayed and this delay can make a significant difference in the final outcome. CASE DESCRIPTION: A 44-year-old male presented to us with an 8-month history of gradually worsening difficulty in walking and lower limb paraesthesias along with recent bladder complaints. Earlier, the imaging had revealed prolapsed lumbar disc and he had undergone L4-5 micro-discectomy few months back. As his symptoms worsened further, he developed paraparesis and then a more detailed analysis revealed a missed spinal arterio-venous fistula at L4-5 level causing congestive myelopathy. He was re-operated and the fistula was disconnected which led to an improvement months after surgery. CONCLUSION: Thus, to differentiate between compressive and non-compressive myelopathy and detailed investigation of the latter to identify the actual cause remains imperative. Misdiagnosis leading to a wrong surgery caused further deterioration which could have been avoided by careful analysis of imaging. Open surgery remains the preferred treatment for the fistulas supplied by the artery of Adamkiewicz 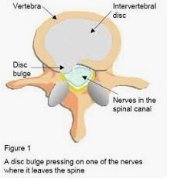