This is an experimental study on the distribution of antituberculosis drugs such as rifampin, isoniazid, and pyrazinamide in pathologic vertebrae of spinal tuberculosis in order to provide the regimen of chemotherapy and surgical treatment of spinal tuberculosis. The distribution of antituberculosis drugs in pathologic vertebral tissues matters greatly to the clinical effect of spinal tuberculosis’ treatment. However, few pharmacokinetic studies and clinical reports about the concentrations of antituberculosis drugs in vertebral foci have been published so far. Twenty-four patients with spinal tuberculosis were divided into sclerotic group (n = 15) or non-sclerotic group (n = 9) according to radiographic features of lesion. All patients received chemotherapy with 2HRZ/2.5H(2)R(2)Z(2) for a duration of 4.5 months. Four weeks after chemotherapy all patients underwent surgery and the specimen of serum, ilium, and pathologic vertebral tissues, including sclerotic wall, subnormal osseous tissue, and foci were obtained during operation in 120-130 and 180-190 min after oral intake in the morning, respectively. The levels of three drugs in the specimen were measured using HPLC method. The concentration levels of isoniazid, rifampin and pyrazinamide varied greatly in different tissues of spinal tuberculosis, of which the bactericidal concentration values of isoniazid and rifampin and fivefold minimal inhibitory concentration (MICs) of pyrazinamide were found in subnormal vertebral bone and self-contrast ilium, the MICs of all drugs were found in sclerotic wall outside foci, and undetected level was found in foci inside the sclerotic wall. To patients without vertebral sclerotic wall around the foci, the isoniazid in foci was of bactericidal level and rifampin and pyrazinamide in foci corresponded to the MICs respectively. The sclerotic bone of affected vertebra plays an important role in blocking the antituberculosis drug’s penetration into tuberculosis focus 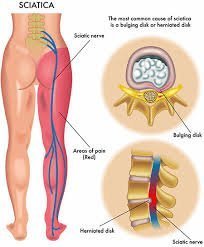