M-type (Kv7, KCNQ) K(+) channels control the resting membrane potential of many neurons, including peripheral nociceptive sensory neurons. Several M channel enhancers were suggested as prospective analgesics, and targeting M channels specifically in peripheral nociceptors is a plausible strategy for peripheral analgesia. However, receptor-induced inhibition of M channels in nociceptors is often observed in inflammation and may contribute to inflammatory pain. Such inhibition is predominantly mediated by phospholipase C. We investigated four M channel enhancers (retigabine, flupirtine, zinc pyrithione and H(2)O(2)) for their ability to overcome M channel inhibition via two phospholipase C-mediated mechanisms, namely depletion of membrane phosphatidylinositol 4,5-bisphosphate (PIP(2)) and a rise in intracellular Ca(2+) (an action mediated by calmodulin). Data from overexpressed Kv7.2/Kv7.3 heteromers and native M currents in dorsal root ganglion neurons suggest the following conclusions. (i) All enhancers had a dual effect on M channel activity, a negative shift in voltage dependence and an increase of the maximal current at saturating voltages. The enhancers differed in their efficacy to produce these effects. (ii) Both PIP(2) depletion and Ca(2+)/calmodulin strongly reduced the M current amplitude; however, at voltages near the threshold for M channel activation (-60 mV) all enhancers were able to restore M channel activity to a control level or above, while at saturating voltages the effects were more variable. (iii) Receptor-mediated inhibition of M current in nociceptive dorsal root ganglion neurons did not reduce the efficacy of retigabine or flupirtine to hyperpolarize the resting membrane potential. In conclusion, we show that all four M channel enhancers tested could overcome both PIP(2) and Ca(2+)-calmodulin-induced inhibition of Kv7.2/7.3 at voltages close to the threshold for action potential firing (-60 mV) but generally had reduced efficacy at a saturating voltage (0 mV). We suggest that the efficacy of an M channel enhancer to shift the voltage dependence of activation may be most important for rescuing M channel function in sensory neurons innervating inflamed tissue 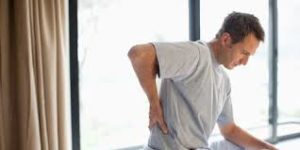