Lack of association between adolescent idiopathic scoliosis and previously reported single nucleotide polymorphisms in MATN1, MTNR1B, TPH1, and IGF1 in a Japanese population

Adolescent idiopathic scoliosis (AIS) is a spinal deformity most commonly arising in apparently healthy girls around puberty. AIS has a strong genetic predisposition. Several genetic associations between AIS and single nucleotide polymorphisms (SNPs) have been reported; common SNPs in the genes for matrilin 1 (MATN1), melatonin receptor 1B (MTNR1B), tryptophan hydroxylase 1 (TPH1), and insulin-like growth factor 1 (IGF1) are reported to be associated with AIS in Chinese. However, these associations have not been replicated so far. To confirm the associations, we compared these SNPs with AIS predisposition and curve severity in a population of Japanese females consisting of 798 AIS patients and 1,239 controls. All the subjects were genotyped using the PCR-based Invader assay. We found no association of any of the SNPs with AIS predisposition or curve severity. Considering the statistical power and sample size of the present study, we concluded that these SNPs are not associated with either AIS predisposition or curve severity in Japanese 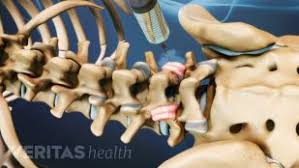