Orphenadrine is a drug acting on multiple targets, including muscarinic, histaminic, and NMDA receptors. It is used in the treatment of Parkinson’s disease and in musculoskeletal disorders. It is also used as an analgesic, although its mechanism of action is still unknown. Both physiological and pharmacological results have demonstrated a critical role for voltage-gated sodium channels in many types of chronic pain syndromes. We tested the hypothesis that orphenadrine may block voltage-gated sodium channels. By using patch-clamp experiments, we evaluated the effects of the drug on whole-cell sodium currents in HEK293 cells expressing the skeletal muscle (Nav1.4), cardiac (Nav1.5) and neuronal (Nav1.1 and Nav1.7) subtypes of human sodium channels, as well as on whole-cell tetrodotoxin (TTX)-resistant sodium currents likely conducted by Nav1.8 and Nav1.9 channel subtypes in primary culture of rat DRG sensory neurons. The results indicate that orphenadrine inhibits sodium channels in a concentration-, voltage- and frequency-dependent manner. By using site-directed mutagenesis, we further show that orphenadrine binds to the same receptor as the local anesthetics. Orphenadrine affinities for resting and inactivated sodium channels were higher compared to those of known sodium channels blockers, such as mexiletine and flecainide. Low, clinically relevant orphenadrine concentration produces a significant block of Nav1.7, Nav1.8, and Nav1.9 channels, which are critical for experiencing pain sensations, indicating a role for sodium channel blockade in the clinical efficacy of orphenadrine as analgesic compound. On the other hand, block of Nav1.1 and Nav1.5 may contribute to the proconvulsive and proarrhythmic adverse reactions, especially observed during overdose 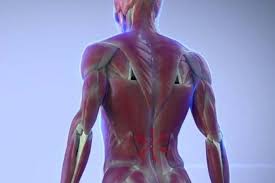