The objective of this study was to investigate side airbag (SAB) deployment in near side crashes and compare injuries and contact points between occupants with and without SAB deployment. Using NASS 2000-2008 and selecting for near side cases, with PDOF +/- 20 degrees from 90 or 270, for non-pregnant adult belted occupants, there were 20,253 (weighted) SAB deployments. NASS showed that SABs have been increasing within the fleet, comprising 2% of airbags in 2000 and increasing to 33% of airbags in 2008. To investigate deployed SABs, we developed a three-step methology to pair CIREN cases to study the effects of deployment on occupant outcome. The first step involved extracting near side impacts from CIREN with adult, non-pregnant occupants seated in row 1 (drivers or right front passengers). In the second step, each case was quantitatively compared to FMVSS 214 barrier test standards using a 6 point similarity scoring system. Cases scoring at least 3 points were then qualitatively analyzed and 33 pairs of cases of the same vehicle make/model but opposite SAB status were chosen. Occupants with deployed SAB had reduced occurrences and severity of head and face, neck and cervical spine, and thoracic injuries and fewer injurious contacts to side components including the door, a-pillar, and window sill. SAB deployment was statistically significant for reducing occupant MAIS and ISS and thorax airbags were statistically significant for reducing thoracic and neck/cervical spine injury severity. The average ISS with SAB deployment was 21, while the average ISS of those without was 33. This study establishes methods for performing comparisons between CIREN cases based on regulatory conditions and shows injury reduction in key body regions with SAB deployment 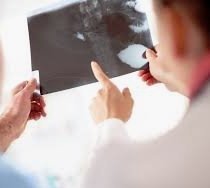