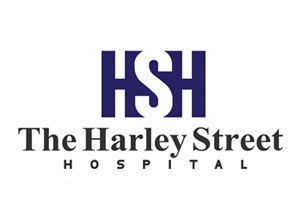 The spine is made up of vertebrae separated by discs. These discs work to help provide cushioning and allow movement. Discs are made up of a jelly-like centre called the nucleus pulposus and a thick fibrous ring called the annulus fibrosus. As we age, these discs lose their hydration, causing the discs to thin. Degenerative disc pathology is the result of these thin discs.

Symptoms of degenerated or dehydrated discs

Back pain associated with degenerative disc disease can have a variety of signs and symptoms. Generally, activities that are in a weight-bearing position can aggravate symptoms. Therefore, standing and walking are more aggravating than sitting. Transitional movements such as going from sitting to standing are also aggravating. Symptoms in the morning often increase but improve with movement and activity.

Symptoms of degenerative disc disease most often radiate through both the right and left parts of the lower back, but less often create symptoms of sciatica or the symptoms radiating down the legs. Movement of the lower back in an extended or arched position can be limited and painful. When experiencing symptoms related to degenerative disc disease, complaints of stiffness are as frequent as complaints of pain.

When oral anti-inflammatories are not effective in reducing back pain, an epidural may be recommended. The best practice for performing epidural anaesthesia is to do it with fluoroscopy, which is simply the use of X-rays during the injection in order to help the doctor visualize exactly where the injection should be. Usually, up to three epidurals can be placed.

Since the symptoms of disc disease or degenerative disc disease are aggravated by compression of the disc, decompression can help minimize symptoms. One way to help decompress discs is to use the 90-90 position. This position can be combined with ice therapy for added benefit. Another way to provide this decompression is to use an inversion table. Inversion devices use the weight of the upper body to create a pulling effect on the spine, decompressing the disc.

You might also want to read: Intervertebral Disc Degeneration and Ageing

At Harley Street Hospital, we have some of the most qualified specialists to diagnose and treat intervertebral disc degeneration. Book an appointment to get a checkup.

What are the symptoms of degenerated or dehydrated discs?

Symptoms of degenerative disc disease most often radiate through both the right and left parts of the lower back, but less often create symptoms of sciatica or the symptoms radiating down the legs.

What is the conservative treatment of disc degeneration?

As with many degenerative problems, the use of anti-inflammatory medications is a treatment option. Another useful means of reducing inflammation is the use of ice therapy. 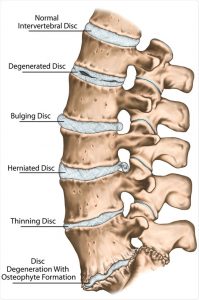