The London Spine Unit : most specialised spine clinic in the world

The London Spine Unit is a specialist clinic for Balloon Kyphoplasty as Day Surgery.

Background: The prevalence of osteoporotic vertebral compression fracture (OVCF) is increasing. The indications for and efficacy of balloon kyphoplasty (BKP) are controversial. We sought to identify predictors of outcome after BKP in patients with OVCF.

Methods: Between January 2001 and December 2019, 152 patients underwent BKP for painful OVCFs in our institute. This study included 115 patients who could be monitored for more than 12 months, and their data were retrospectively analyzed. With regard to the degree of independent living 1 year after BKP, patients were divided into a good outcome group (who could independently go indoors) and a poor outcome group. We analyzed factors associated with outcome and subsequent OVCF.

Conclusions: BMI and subsequent OVCF are the most influential predictors of independent living 1 year after BKP for OVCF.

The London Spine Unit : most specialised spine clinic in the world

Danny H
L5/S1 Discectomy_ Mo Akmal and his team I am thrilled with my L5/S1 discectomy operation that was performed by Mo Akmal and his team. Immediately after the operation I felt like a different person, no pain whatsoever on my back or right leg as if a mountain was shifted over from my back. To go home the same day and be able to sleep all night on my back without pain was almost a miracle to me after enduring more than two months of continues pain. I am writing this review 3 weeks after my operation and I feel great and I am actually going back to work next week. I am very grateful to Dr Mo Akmal and his team. I absolutely recommend him to anyone with back problem. He preformed my surgery with just 1.5cm cut and he managed it without cutting any piece of bone on my back which means my bone structure stayed intact. He also explained the surgery before the operation in a very clear and friendly way which helped me to understand it well and erased all my fears and concerns about deciding whether to do an operation or not. I also want to commend his team including Dr Lok, Mr Kaleel Ahmad and all the nurses whom all were super friendly during my half day stay at Harley Street Hospital. Thanks again.

customer
I was really please with the Mr Akmal and his team. They fully explained to me all of my possible options regarding my persistant disc pertrusion (18 months). I opted for a discectomy, which was successful and am currently pain free. On the day of my operation the whole team had an excellent bedside manner and I was made to feel very comfortable in the hospital.

ashwak choudhury
Awesome service, very attentive, readily available and conveniently able to fit around personal commitments. Highly recommended for specialist spine care. Extremely clean and a very hygenic environment to be in. I've had two sets of spinal injections and a laser disc ablation. I have been under the care of Mo Akmal and he has been nothing short of amazing! Thank you for the amazing and friendly service.

Candida Mead
Laser Cervical spine surgery I received outstanding care from Mr Akmal and his team and would highly recommend them. After trying many non invasive treatments for relentless and debilitating neck and arm pain I was referred to The London Spine Unit. I received a swift diagnosis on my first visit of a C7 herniation and given a reassuring trajectory of possible procedures to relieve my symptoms. Since I had not responded to injections I opted for Laser Cervical Spine Surgery to remove the offending disc, which was performed as a day case. Following the procedure I walked out of the hospital with vastly improved symptoms, within a week I was pain free and 2 and a half months on I continue to feel great. I could not have been in more skilled hands, this is medicine at its best.

Janette Gulleford
The London Spinal clinic was found on the internet. The London Spinal clinic was found on the net by my daughter in Australia who was not happy with the invasive surgery proposed by my local consultant. She wanted a state of the art treatment which was minimal invasive one day procedure. She found me Mr Mo Aktar, who was well recommended, charming and so helpful. He examined my MRI scan and proposed treatment. He explained that the procedure offered to me he would not recommend because it may weaken the vertebrae. He sent me a 32 page guide with detailed explanation of the recommended procedure which seemed to be cutting edge, From my acceptance I was treated as someone very special with a quick date, For the procedure with sedation local. I went home the same afternoon and was monitored with telephone calls from Dr Lon every day for 3 days, I had a review after 2 weeks and discharge after Six weeks. From two hours after the procedure I have been upright, without pain after two weeks. I cannot recommend the clinic more highly. Janette Gulleford

Sandra Holt
AT LAST OUT OF PAIN Following a nasty fall about eighteen months ago, I sustained the start of a very painful back, It started with pins and needles running up and down my right leg getting progressively worse. The pain became unbearable and after various visits to different professionals I decided to book a consultation with Mr Akmal after reading his testimonials which were all positive online. Mr Akmal was very helpful and put me at my ease immediately. I was very sceptical but felt very confident after talking to him for thirty or so minutes. He suggested three alternatives. Physiotherapy, steroid injections or surgery. Having been in severe pain for so long I decided to opt for surgery. I was admitted at 7.30am and discharged at 6.30pm the same day. I found the nursing staff very kind and professional and made me feel reassured because I was very apprehensive. I cannot fault my treatment. I am so pleased with my treatment there and I can say, without any hesitation that I am now out of pain. I would thoroughly recommend this hospital and also Mr M. Akmal.

Michael Delaney
Balloon Kyphoplasty - Highly recommend. I had a Balloon Kyphoplasty procedure carried out by By Dr M Akmal on the 14th June 2021. Dr Akmal was informative regarding the procedure, risks and everything involved. He is a diligent and caring surgeon. The recovery was quick and any after pain was managed by paracetamol and ibuprofen alone. All staff were professional, open and friendly. Sasha - Dr Akmal's secretary, was brilliant in assisting me prior to the procedure. Dr Yuin Lok assisted me post procedure with aftercare advice and follow up telephone consultations. The procedure was a success and overall I am delighted with the outcome and would recommend the London spine unit and all the staff involved in my procedure to anyone. I previously suffered with a dowager's hump (kyphosis) and have noticed a visible difference in my height and I appear to have regained 2 inch's in my height which has also helped with my breathing, digestion and posture. Many thanks to all those involved. Kind Regards, Mr Delaney

Daniel
Excellent best clinic in London and dr Akmal is a miracle worker !!!!

Olivia James
L4/5 Lumbar decompression and dynamic stabilisation. After 4 years of pain and inability to walk far without sitting down to take pressure off my back and leg, Mr Mo Akmal carried out L4/5 decompression and dynamic stabilisation. The relief from the pain was immediate and I was able to walk up straight at last, pain free. The whole process was really easy and straightforward and I was able to leave the hospital the same day. The difference it has made to my life is amazing. Mr Akmal and his team were professional, friendly and kind at every stage. I have no hesitation in recommending their services.
Trustpilot rating score: 4.9 of 5, based on 143 reviews.

View Full »
Abstract Background: The prevalence of osteoporotic vertebral compression fracture (OVCF) is increasing. The indications for and efficacy of balloon kyphoplasty (BKP) are controversial. We sought to identify predictors of outcome after BKP in patients with OVCF. Methods: Between January 2001 and December 2019, 152 patients underwent BKP for painful OVCFs in our institute. This study… 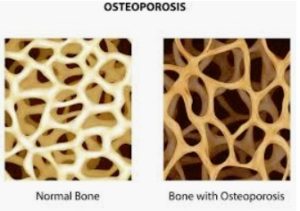 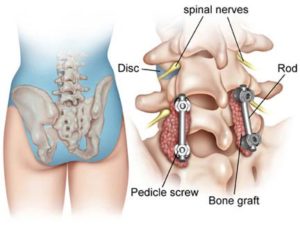 Reoperations After Decompression With Or Without Fusion For L3-4 Spinal Stenosis With Degenerative Spondylolisthesis: A Study Of 372 Patients In Swespine, The National Swedish Spine Register London Spine