OBJECTIVES: Curcuma zedoaroides A. Chaveerach & T. Tanee, locally known as Wan-Paya-Ngoo-Tua-Mia, is commonly used in the North-Eastern part of Thailand as a ‘snakebite antidote’. The aim of this study was to isolate the active compound from the rhizome of C. zedoaroides, to determine its structure and to assess its antagonistic activity in vitro and in vivo against King cobra venom. METHODS: The active compound was obtained from C. zedoaroides by extraction with acetone followed by purification using column chromatography; its X-ray structure was determined. Its inhibition of venom lethality was studied in vitro in rat phrenic nerve-hemidiaphragms and in vivo in mice. KEY FINDINGS: The acetone extract of the Curcuma rhizomes contained a C20 dialdehyde, [2-(5,5,8a-trimethyl-2-methylene-decahydro-naphthalen-1-yl)-ethylidene]-succinald ehyde, as the major component. The isolated curcuma dialdehyde was found active in vitro and in vivo for antivenin activity against the King cobra venom. Using isolated rat phrenic nerve-hemidiaphragm preparations, a significant antagonistic effect on the inhibition of neuromuscular transmission was observed in vitro. Inhibition on muscle contraction, produced by the 4 microg/ml venom, was reversed by 2-16 microg/ml of Curcuma dialdehyde in organ bath preparations over a period of 2 h. Mice intraperitoneally injected with 0.75 mg/kg venom and dialdehyde at 100 mg/kg had a significantly increased survival time. Injection of Curcuma dialdehyde (100 mg/kg) 30 min before the subcutaneous injection of the venom resulted in a 100% survival time after 2 h compared with 0% for the control group. CONCLUSIONS: The in vitro and in vivo evaluation confirmed the medicinal use of traditional snake plants against snakebites. The bioactivity is linked to an isolated molecule and not a result of synergistic effects of a mixture. The active compound was isolated and the structure fully elucidated, including its stereochemistry. This dialdehyde is a versatile chemical building block and can be easily obtained from this plant source

In-vitro and in-vivo antivenin activity of 2-2-(5,5,8a-trimethyl-2-methylene-decahydro-naphthalen-1-yl)-ethylidene-succinaldehyde against Ophiophagus hannah venom | Who does trigger point injections 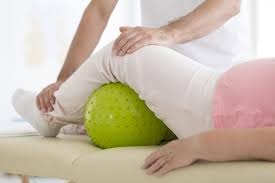