PURPOSE: To identify pelvic rotation and/or distortion in able-bodied and untreated AIS girls with moderate and severe scoliosis and verify association of pelvic morphological changes with Cobb angle increase. METHODS: The 3D coordinates of nine anatomic bony landmarks were identified to estimate pelvic orientation using a Flock of Birds system. The distances between the first sacral vertebral body (S1) and each of the eight iliac spine landmarks in all three planes were calculated to identify pelvic distortion. Analysis of variance was used to assess pelvic orientation and determine pelvic distortion. Pearson coefficients of correlation were used to identify any relationships between Cobb angle and pelvic morphological parameters. RESULTS: Pelvic orientation was similar in able-bodied and scoliotic girls regardless of the severity of the spinal deformity. Significant differences were observed in pelvic morphology between AIS with severe untreated scoliosis and those with a moderate scoliosis for the right anterosuperior iliac spines (ASIS), the tip of the superior iliac crest (TSIC) and the widest tip of the iliac crest (WTIC) widths from S1. Statistically significant correlations were observed between the Cobb angles and the iliac crest distances measured from S1. CONCLUSIONS: Differences in iliac spine geometries occurred in the transverse plane correlating to Cobb angles which suggest altered bone growth in AIS girls. Such findings could indicate right thoracic spinal deformity as a result of pelvic torsion 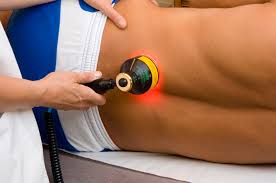