PURPOSE: To evaluate the feasibility of helical tomotherapy intensity-modulated radiotherapy for the treatment of axial and paraspinal tumours. PATIENTS AND METHODS: Fourteen consecutive patients with axial and paraspinal tumours at the Bergonie Institute between June 2007 and June 2009 were analysed. Various localisations were observed: four paravertebral tumours, five primitive vertebral tumours and six iliosacral or sacral tumours. RESULTS: The dose prescribed to the median of the planning target volume (PTV) varied from 45 to 68Gy depending on histology. The maximum dose delivered to the PTV (Dnear max or D2%) was 60.6Gy (range 46.3-69.1). In the five cases where the tumour was located close to the spinal cord, the median value of Dnear max was 40.1Gy (range 37.8-45.4). In the seven where the tumour was situated close to the cauda equina, the median value of Dnear max was 46.5Gy (range 39.2-60). For two cases in whom the sciatic nerve was the nervous structure at risk, the Dnear max was 64.4 and 67Gy. Six patients were in complete remission, six patients suffered a relapse at a median follow-up of 14.5 months (4-24), two died following local tumour progression and metastasis, tumoral stabilisation had been obtained in two patients. Treatment was well tolerated and was never interrupted in all patients. CONCLUSIONS: Results from this preliminary series are encouraging, particularly concerning the good tolerance of this new intensity-modulated radiotherapy presently more available than proton therapy 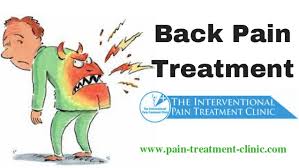