BACKGROUND CONTEXT: In animal studies, distal and proximal arm movements are differently affected by spinal pyramidotomy because of the contributions of spinal interneuronal systems. In animals, interneuronal systems are also suggested to contribute to the recovery of dexterous hand movements. However, no clinical tests to evaluate proximal arm movements and functions of interneuronal systems have been described. PURPOSE: To compare parameters from proximal arm movements between patients and controls and in patients before and after decompression surgery. STUDY DESIGN: A cross-sectional and longitudinal study performed at Kyorin University School of Medicine, Japan. PATIENT SAMPLE: Patients with clinical features of cervical spondylotic myelopathy, without coexisting neurological abnormality. METHODS: Twenty-eight patients and 15 age-matched controls performed reach-to-touch movements. Analysis of these movements identified several parameters, including time for online correction (correction time) induced by sudden target jump. Parameters were compared with scores from conventional tests, such as Japanese Orthopedic Association (JOA) score, 10-second grip-and-release test, manual muscle testing, and motor-evoked potential. RESULTS: Preoperatively, patients showed long correction time and variable touch position, neither of which correlated with any scores from conventional tests. Reaching parameters recovered markedly immediately after decompression surgery, whereas conventional scores, which mainly assess hand functions, recovered much more slowly. Correction time and JOA score showed correlations when postoperative data were included, and long-term recovery of JOA score was more predictable with the inclusion of data for correction times from before and immediately after surgery. CONCLUSION: Analysis of arm movements is useful to evaluate symptoms and predict recovery of hand functions after surgery in patients with cervical myelopathy. These results suggest the importance of interneuronal systems, in addition to the pyramidal tract, for motor control even in humans 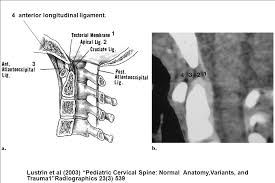