BACKGROUND AND OBJECTIVES: Anesthesia for total hip arthroplasty (THA) is a challenge due to the advanced age and associated diseases of patients. The objective of this study was to evaluate whether the efficacy of the nociceptive blockade, secondary hemodynamic effects, difficulty to execute the technique, and influence in intraoperative bleeding of lumbar plexus block combined with general anesthesia is equivalent to epidural lumbar block in patients undergoing THA. METHODS: Patients with physical status ASA I to III were randomly separated into two groups, Epidural and Lumbar. In the Epidural group, continuous epidural lumbar block with 10 to 15 mL of 0.5% ropivacaine was performed. Patients in the Lumbar group underwent posterior lumbar plexus block with 0.4 mL.kg(-1) of 0.5% ropivacaine. All patients underwent general anesthesia. The difficulty to perform the technique, its efficacy, and secondary hemodynamic effects were evaluated. RESULTS: Forty-one patients were included in this study. The length of time to execute the epidural block was shorter, but the number of attempts to position the needle was similar in both groups. Epidural block was more effective. In the Lumbar group, an increase in diastolic blood pressure and mean arterial pressure (MAP) and in the double product was observed after the incision, and anesthetic consumption was greater. After the blockade, MAP was lower 50, 60, and 70 minutes after the epidural block. Bleeding was similar in both groups. CONCLUSIONS: Nociceptive blockade, which was not associated with hemodynamic instability when combined with general anesthesia, was more effective in epidural block. Lumbar plexus block proved to be a useful technique when combined with general anesthesia when epidural block is contraindicated 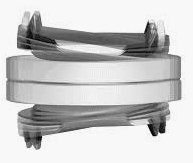