Methods: This multicenter, randomized, open-label study (MiroTAS) was conducted at 32 centers in Japan between June 2020 and October 2021. Patients were randomly assigned to mirogabalin and NSAIDs or NSAIDs alone in a 1:1 ratio. NSAIDs were administered according to their Japanese package inserts; mirogabalin was administered based on renal function [creatinine clearance (CrCL) ≥ 60 mL/min, 5 mg twice daily (BID) in Weeks 1-2, 10 mg BID in Weeks 3-4, and 15 or 10 mg BID after Week 5; CrCL 30 to < 60 mL/min, 2.5 mg BID Weeks 1-2, 5 mg BID Weeks 3-4, and 7.5 or 5 mg BID after Week 5]. The primary endpoint was the change in VAS score for leg pain from baseline to Week 12. Secondary endpoints were quality of life, evaluated using the EuroQol five-dimensional descriptive system (EQ-5D-5L) (at baseline and Week 12) and Patient Global Impression of Change (PGIC) (at Week 12), and safety. Change in VAS score at Week 12 was calculated using a linear mixed model for repeated measures. The safety endpoints were treatment-emergent adverse events (TEAEs) and adverse drug reactions. 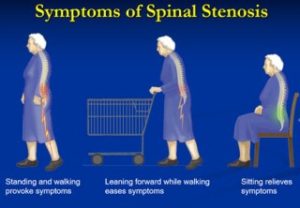