[Effects of Helicobacter pylori infection on neural expression of stomach and spinal cord: an experiment with mice] 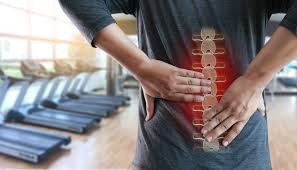