BACKGROUND: Bone metastases are common in patients with hormone-refractory prostate cancer. In a study of autopsies of patients with prostate cancer, 65%-75% had bone metastases. Bone metastases place a substantial economic burden on payers with estimated total annual costs of $1.9 billion in the United States. Skeletal-related events (SREs), including pathologic fractures, spinal cord compression, surgery to bone, and radiation to bone, affect approximately 50% of patients with bone metastases. They are associated with a decreased quality of life and increased health care costs. Zoledronic acid is an effective treatment in preventing SREs in solid tumors and multiple myeloma. Recently, denosumab was FDA-approved for prevention of SREs in patients with bone metastases from solid tumors. A Phase 3 clinical trial (NCT00321620) demonstrated that denosumab had superior efficacy in delaying first and subsequent SREs compared with zoledronic acid. However, the economic value of denosumab has not been assessed in patients with hormone-refractory prostate cancer. OBJECTIVE: To compare the cost-effectiveness of denosumab with zoledronic acid in the treatment of bone metastases in men with hormone-refractory prostate cancer. METHODS: An Excel-based Markov model was developed to assess costs and effectiveness associated with the 2 treatments over a 1- and 3-year time horizon. Because the evaluation was conducted from the perspective of a U.S. third-party payer, only direct costs were included. Consistent with the primary outcome in the Phase 3 trial, effectiveness was assessed based on the number of SREs. The model consisted of 9 health states defined by SRE occurrence, SRE history, disease progression, and death. A hypothetical cohort of patients with hormone-refractory prostate cancer received either denosumab 120 mg or zoledronic acid 4 mg at the model entry and transitioned among the 9 health states at the beginning of each 13-week cycle. Transition probabilities associated with experiencing the first SRE, subsequent SREs, disease progression, and death were primarily derived from the results of the Phase 3 clinical trial and were supplemented with published literature. The model assumed that a maximum of 1 SRE could occur in each cycle. Drug costs included wholesale acquisition cost, health care professional costs associated with drug administration, and drug monitoring costs, if applicable. Nondrug costs included incremental costs associated with disease progression, costs associated with SREs, and terminal care costs, which were derived from the literature. Adverse event (AE) costs were estimated based on the incidence rates reported in the Phase 3 trial. Resource utilization associated with AEs was estimated based on consultation with a senior medical director employed by the study sponsor. All costs were presented in 2010 dollars. The base case estimated the incremental total cost per SRE avoided over a 1-year time horizon. Results for a 3-year time horizon were also estimated. One-way sensitivity analyses and probabilistic sensitivity analyses (PSA) were performed to test the robustness of the model. RESULTS: In the base case, the total per patient costs incurred over 1 year were estimated at $35,341 ($19,230 drug costs and $16,111 nondrug costs) for denosumab and $27,528 ($10,960 drug costs and $16,569 nondrug costs) for zoledronic acid, with an incremental total direct cost of $7,813 for denosumab. The estimated numbers of SREs per patient during the 1-year period were 0.49 for denosumab and 0.60 for zoledronic acid, resulting in an incremental number of SREs of -0.11 in the denosumab arm. The estimated incremental total direct costs per SRE avoided with the use of denosumab instead of zoledronic acid were $71,027 for 1 year and $51,319 for 3 years. The 1-way sensitivity analysis indicated that the results were sensitive to the drug costs, median time to first SRE, and increased risk of SRE associated with disease progression. Results of the PSA showed that based on willingness-to-pay thresholds of $70,000, $50,000, and $30,000 per SRE avoided, respectively, denosumab was cost-effective compared with zoledronic acid in 49.5%, 17.5%, and 0.3% of the cases at 1 year, respectively, and 79.0%, 49.8%, and 4.1% of the cases at 3 years, respectively. CONCLUSIONS: Although denosumab has demonstrated benefits over zoledronic acid in preventing or delaying SREs in a Phase 3 trial, it may be a costly alternative to zoledronic acid from a U.S. payer perspective 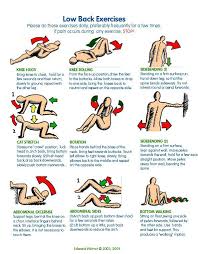