BACKGROUND: To compare the routine use of posterior-based (Ponte) osteotomies to complete inferior facetectomies in thoracic idiopathic scoliosis. Hypokyphosis is common in thoracic adolescent idiopathic scoliosis. The use of pedicle screw fixation in deformity correction can exacerbate this hypokyphosis. We hypothesized that by utilizing posterior-based Ponte osteotomies rather than facetectomies, we could improve coronal plane correction and decrease the loss of kyphosis during curve correction. METHODS: The radiographs and clinical charts of patients with idiopathic scoliosis (Lenke types I, II) who underwent isolated thoracic posterior spinal fusion utilizing primarily pedicle screw constructs from January 2008 to August 2010 were reviewed. Maximum preoperative Cobb angle, thoracic kyphosis (T5-T12), levels instrumented, number of posterior-based osteotomies, operative time, estimated blood loss, and postoperative residual coronal Cobb angle and kyphosis were recorded. Operative time per level, blood loss per level, percent main curve correction, and change in thoracic kyphosis was calculated. Patients having undergone complete inferior facetectomies and those with multilevel Ponte osteotomies were then compared. RESULTS: Eighteen patients underwent posterior spinal fusion with osteotomies and 19 patients had complete inferior facetectomies during this time period. The osteotomy cohort had a larger preoperative Cobb angle [59+/-10 vs. 52+/-8 (mean+/-SD); P=0.03]. No difference was observed in the preoperative kyphosis (22+/-15 vs. 25+/-12) or in levels fused (9+/-1 vs. 8+/-1). Patients with routine osteotomies had them performed at 76% of the levels instrumented. No significant difference was found in terms of percentage of coronal plane correction (84% in both groups), average postoperative kyphosis 28+/-8 versus 25+/-7, or the change in kyphosis 6+/-14 versus 0+/-2 degrees, in the osteotomy and the facetectomy groups, respectively. Estimated blood loss per level was significantly higher in the osteotomy group (97+/-42 mL vs. 66+/-25 mL; P=0.01) as was time per level 31+/-5 versus 23+/-3 minutes/level (P<0.001). CONCLUSIONS: This study shows a significantly higher blood loss and operative time associated with the use of routine posterior osteotomies in the thoracic spine without a significant improvement in coronal or sagittal correction Keywords : Adolescent,blood,Child,Cohort Studies,diagnostic imaging,Female,Humans,Kyphosis,Male,methods,Osteotomy,Patients,Radiography,rehabilitation,Retrospective Studies,Scoliosis,Spinal Fusion,Spine,surgery,Thoracic Vertebrae,Time,Treatment Outcome,Universities,, Multilevel,Ponte,Osteotomies,Thoracic, podiatrist london 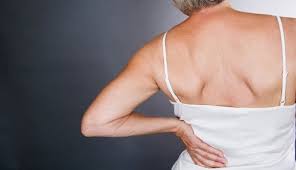