Snake secreted phospholipasesA2 (sPLA2s) are widely used as pharmacological tools to investigate their role in diverse pathophysiological processes. Some members of snake venom sPLA2s have been found to block voltage-activated K(+) channels (K(v) channels). However, most studies involved in their effects on ion channels were indirectly performed on motor nerve terminals while few studies were directly done on native neurons. Here, a novel snake sPLA2 peptide neurotoxin, Natratoxin, composed of 119 amino acid residues and purified from Naja atra venom was reported. It was characterized using whole-cell patch-clamp in acutely dissociated rat dorsal root ganglion (DRG) neurons. It was found to effectively inhibit A-type K(+) currents and cause alterations of channel gating characters, such as the shifts of steady-state activation and inactivation curves to hyperpolarization direction and changes of V(1/2) and slope factor. Therefore, Natratoxin was suggested to be a gating modifier of K(v) channel. In addition, this inhibitory effect was found to be independent of its enzymatic activity. These results suggested that the toxin enacted its inhibitory effect by binding to K(v) channel. To further elucidate the structural basis for this electrophysiological phenomenon, we determined the crystal structure of Natratoxin at 2.2 A resolution by molecular replacement method and refined to an R-factor of 0.190. The observed overall fold has a different structural organization from other K(+) channel inhibitors in animal toxins. Compared with other K(v) channel inhibitors, a similar putative functional surface in its C-terminal was revealed to contribute to protein-protein interaction in such a blocking effect. Our results demonstrated that the spatial distribution of key amino acid residues matters most in the recognition of this toxin towards its channel target rather than its type of fold

Organisation : Department of Neurobiology and Biophysics, School of Life Sciences, University of Science and Technology of China, HeFei, Anhui, 230027, People’s Republic of China 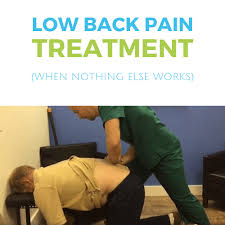